Courage is not the absence of fear, rather it is action in spite of fear. Everyday people are faced with situations that call for them to be courageous. Many are able to face their fears and take them on and act in a courageous way to achieve their dreams or hopes. Courage is the power or quality of dealing with or facing danger, pain, fear and other adversities.

There is no one who has ever lived who can claim never to have had moments when they felt that the circumstances they were facing were too overwhelming. The temptation to quit was great and sometimes it may have seemed like the only option was to give up. But these brave souls forged on and refused to let their fears determine their futures and fate. And that is why we have so many quotes and sayings written by famous and little known people about courage. Some literally stared death in the face but refused to back down and came out as the victors.

What situation are you facing today? What circumstances are causing you anguish and despair? Take time to read the quotes that have been written through the ages and renew your strength. Find inspiration in the words of people like you who almost gave up but decided to give it one more push, and then changed their history. 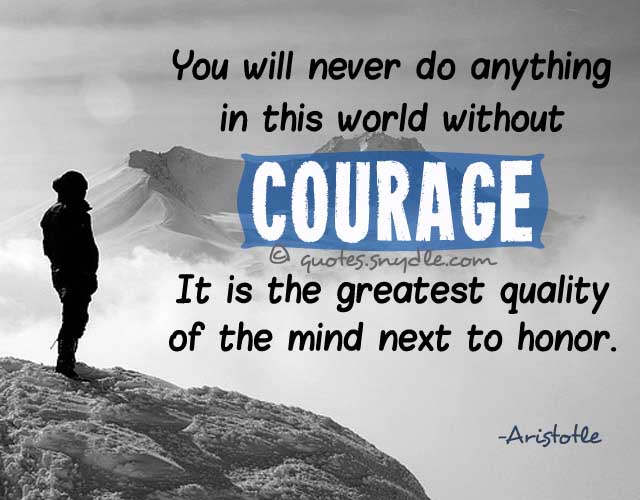 You will never do anything in this world without courage. It is the greatest quality of the mind next to honor.
-Aristotle 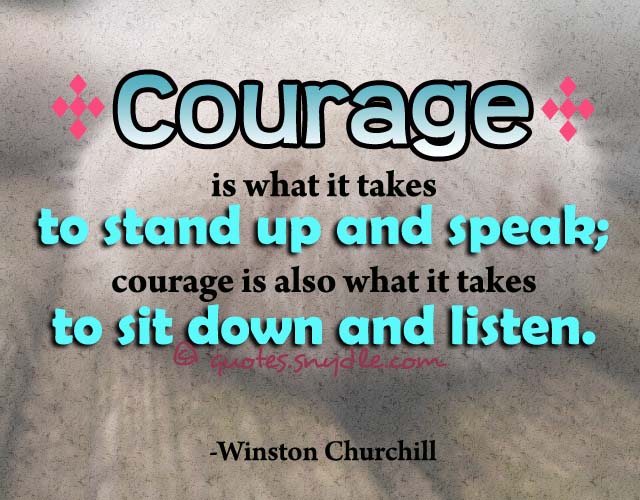 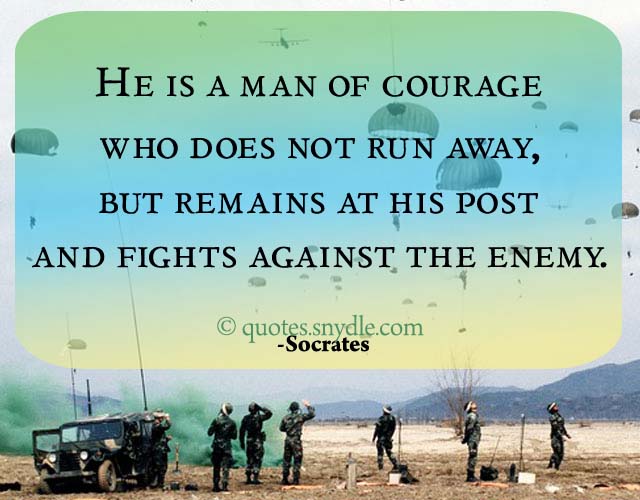 He is a man of courage who does not run away, but remains at his post and fights against the enemy.
-Socrates 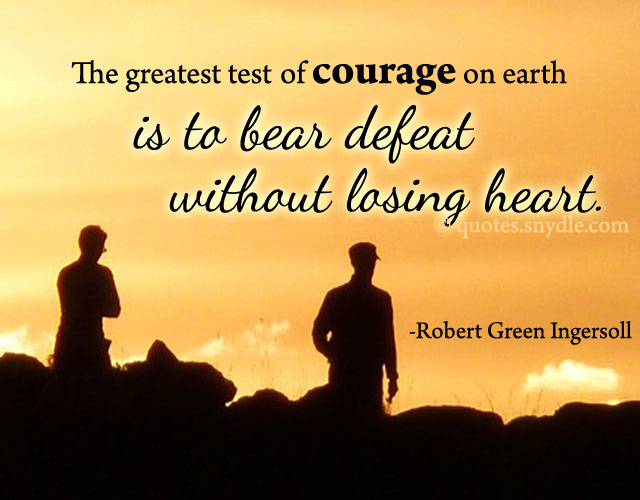 The greatest test of courage on earth is to bear defeat without losing heart.
-Robert Green Ingersoll 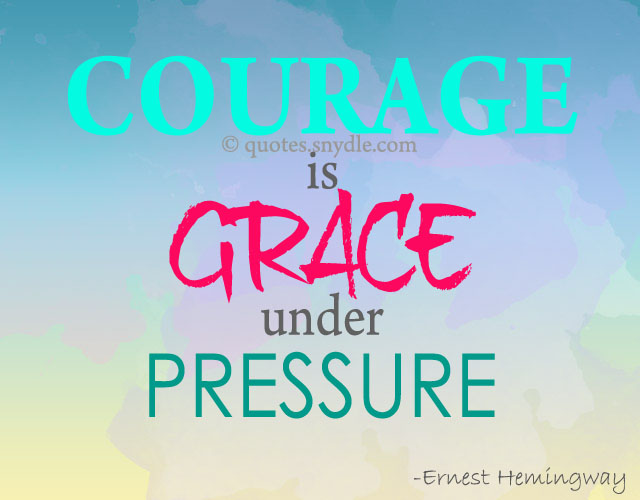 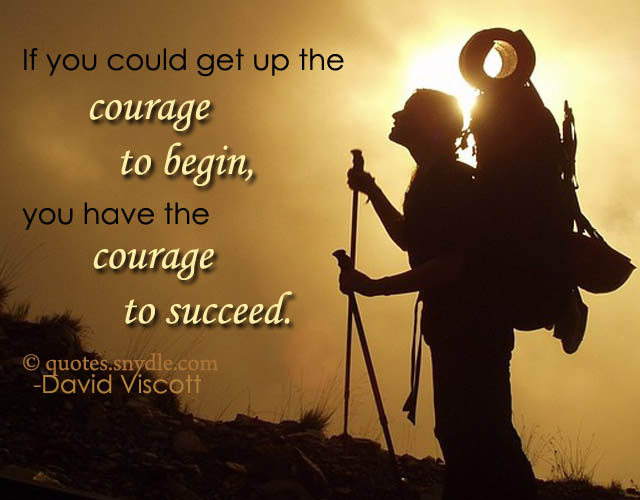 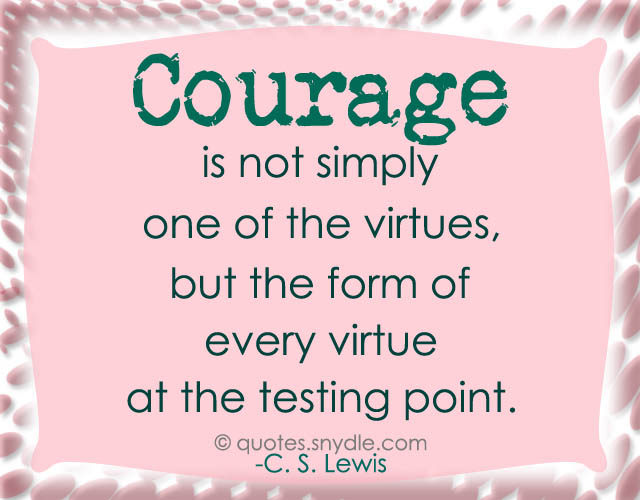 Courage is not simply one of the virtues, but the form of every virtue at the testing point.
-C. S. Lewis 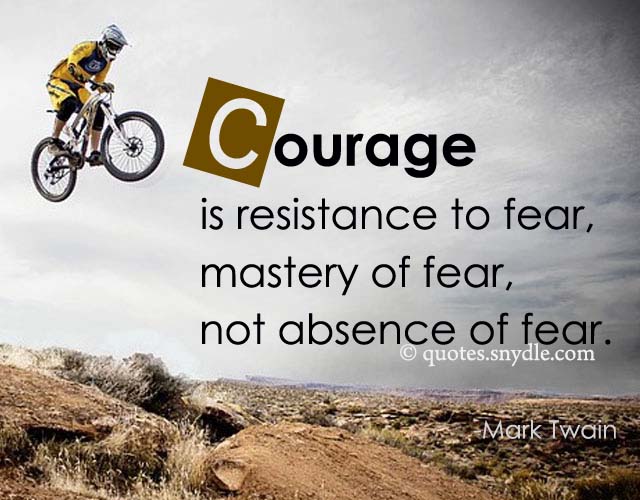 Courage is resistance to fear, mastery of fear, not absence of fear.
-Mark Twain 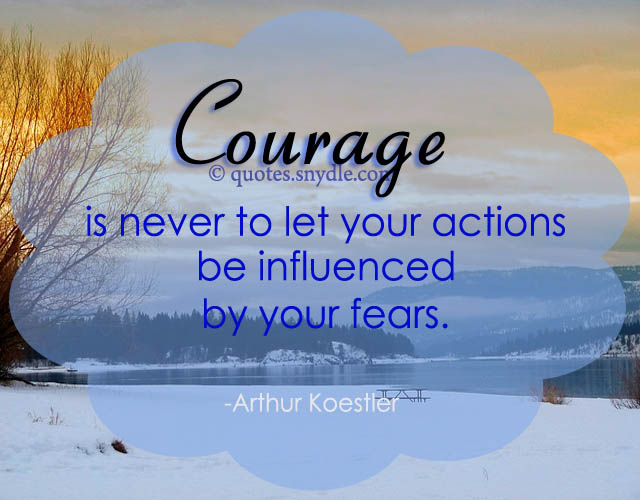 Courage is never to let your actions be influenced by your fears.
-Arthur Koestler 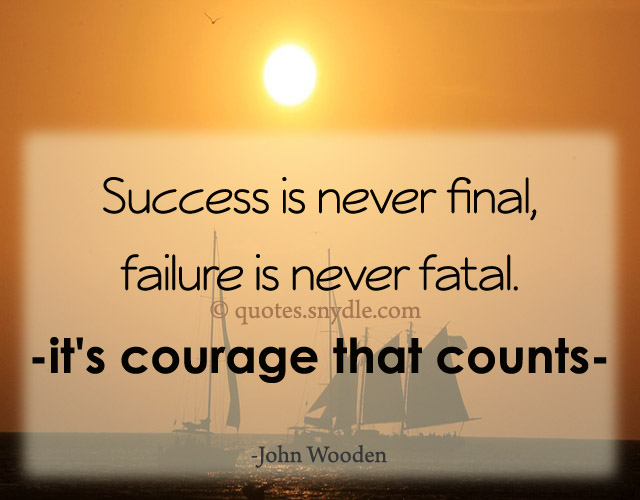 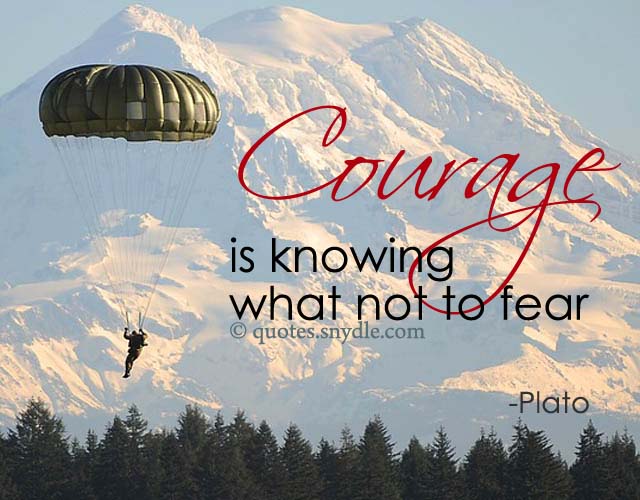 Courage is knowing what not to fear.
-Plato 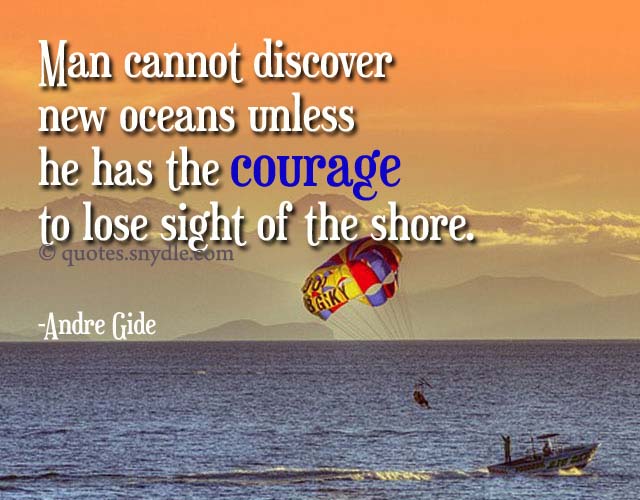 Man cannot discover new oceans unless he has the courage to lose sight of the shore.
-Andre Gide 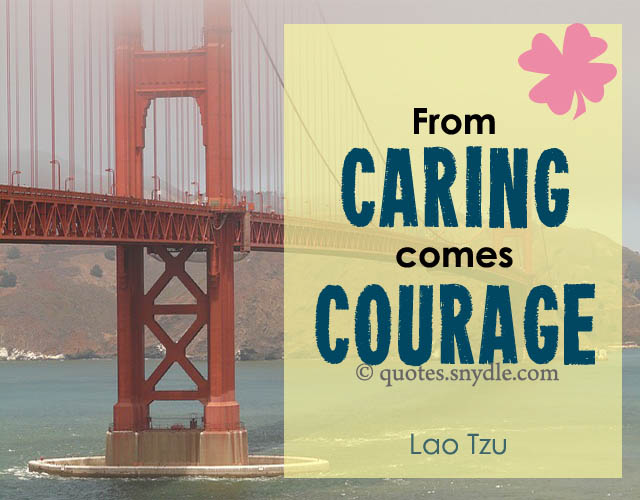 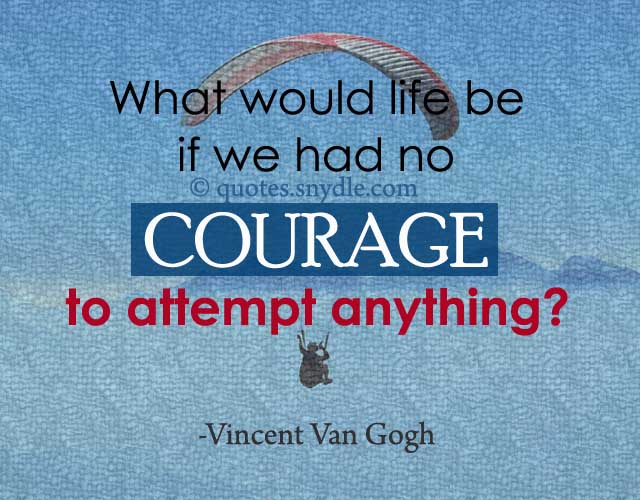 What would life be if we had no courage to attempt -anything?
-Vincent Van Gogh 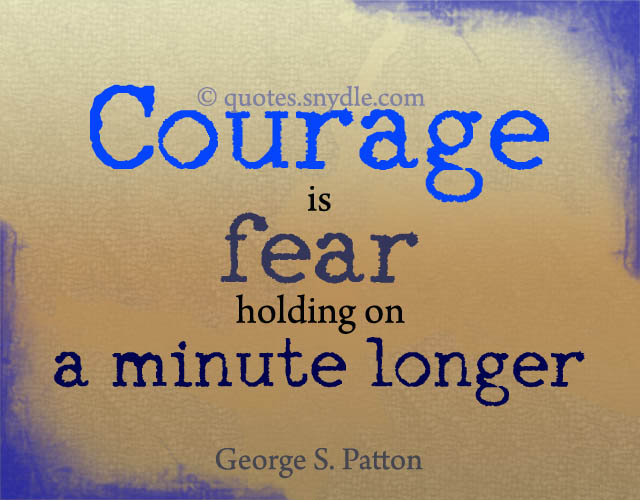 Life is to be entered upon with courage.
-Alexis de Tocqueville

Courage is fire, and bullying is smoke.
-Benjamin Disraeli

Courage is the price that life exacts for granting peace.
-Amelia Earhart

Courageous people do not fear forgiving, for the sake of peace.
-Nelson Mandela

Failure is unimportant. It takes courage to make a fool of yourself.
-Charlie Chaplin

The most courageous act is still to think for yourself. Aloud.
-Coco Chanel

Courage is being scared to death… and saddling up anyway.
-John Wayne

There are no easy answers, but there are simple answers. We must have the courage to do what we know is morally right.
-Ronald Reagan

I know of no higher fortitude than stubborness in the face of overwhelming odds.
-Louis Nizer

Faced with what is right, to leave it undone shows a lack of courage.
-Confucius

How few there are who have courage enough to own their faults, or resolution enough to mend them.
-Benjamin Franklin

Have courage for the great sorrows of life and patience for the small ones; and when you have laboriously accomplished your daily task, go to sleep in peace.
-Victor Hugo

Courage is contagious. When a brave man takes a stand, the spines of others are often stiffened.
-Billy Graham

It is only necessary to have courage, for strength without self-confidence is useless.
-Giacomo Casanova