Success has different meanings, depending on people’s perception in life. While some may think that success is being rich, others may see it as achieving their dreams or fulfilling their happiness. Most people get inspiration and motivation by reading quotes about success quoted by famous people. Some success quotes may retain to your mind, some may even challenge you to pursue your goal and success. Here we compile some of the best quotes about success that will surely inspire and motivate you to work on your goals. 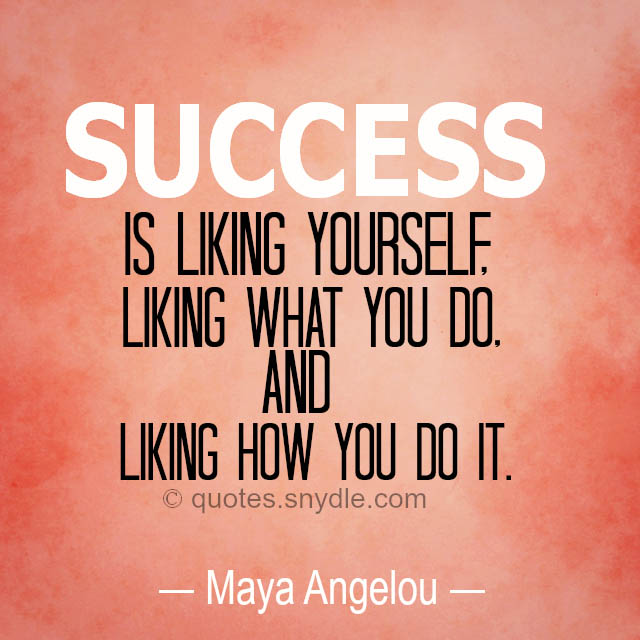 Success is liking yourself, liking what you do, and liking how you do it.
― Maya Angelou 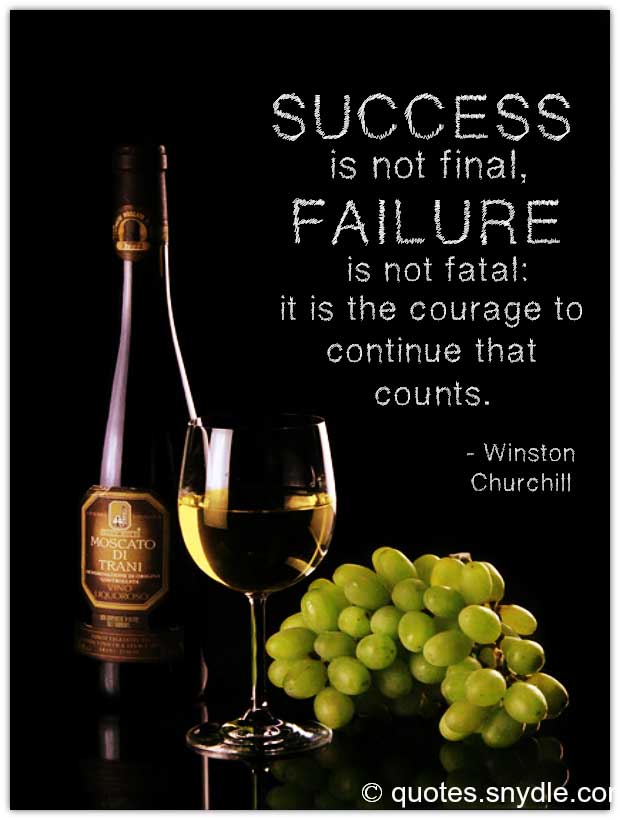 Success is not final, failure is not fatal: it is the courage to continue that counts.
― Winston Churchill 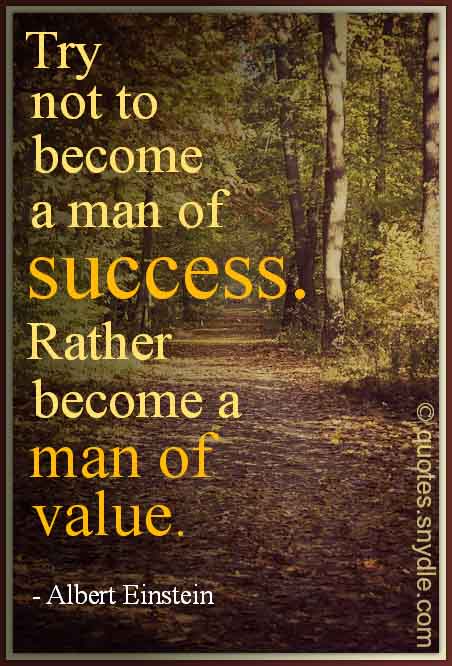 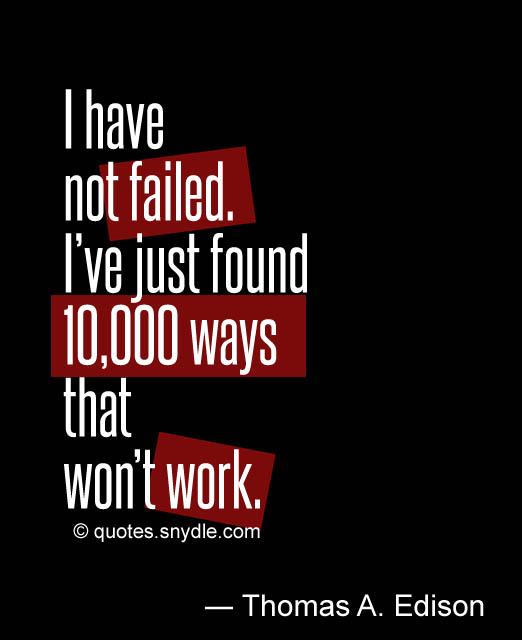 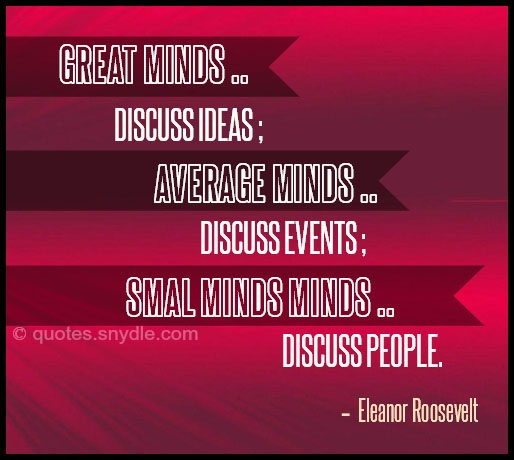 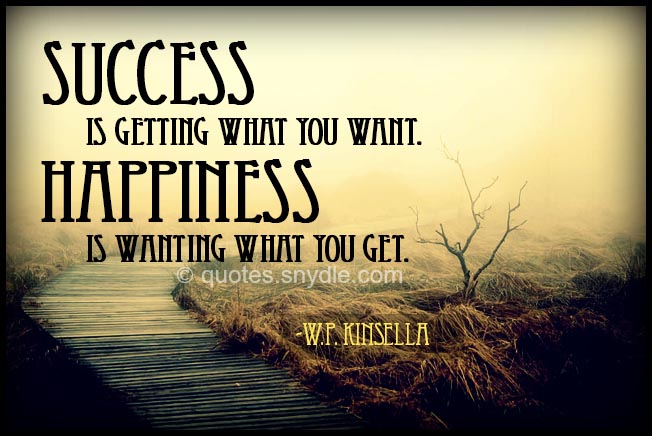 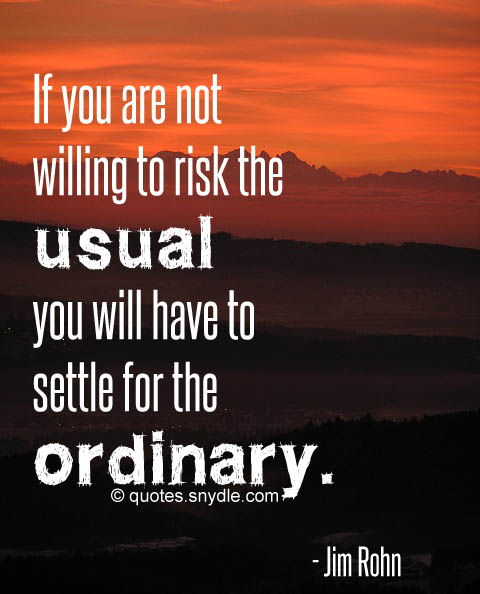 If you are not willing to risk the usual you will have to settle for the ordinary.
― Jim Rohn

If you don’t value your time, neither will others. Stop giving away your time and talents. Value what you know and start charging for it.
― Kim Garst 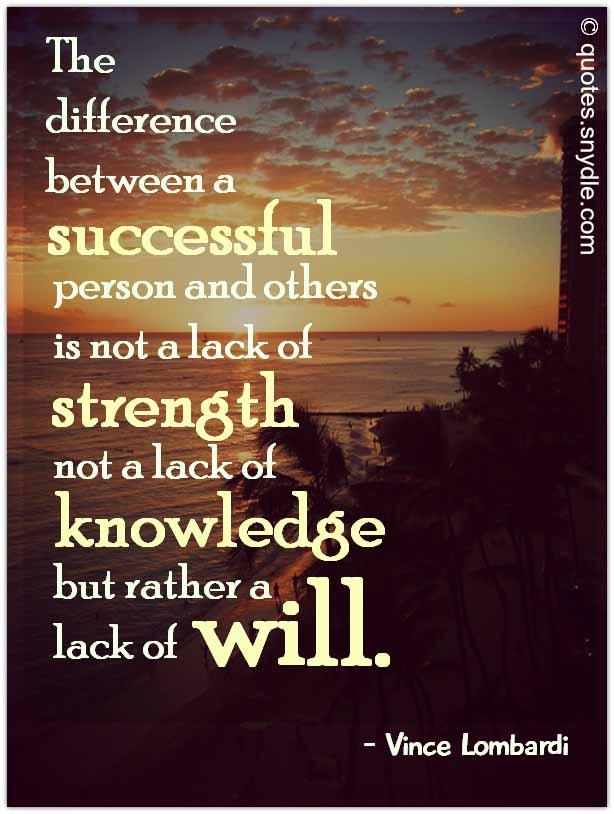 The difference between a successful person and others is not a lack of strength, not a lack of knowledge, but rather a lack of will.
― Vince Lombardi 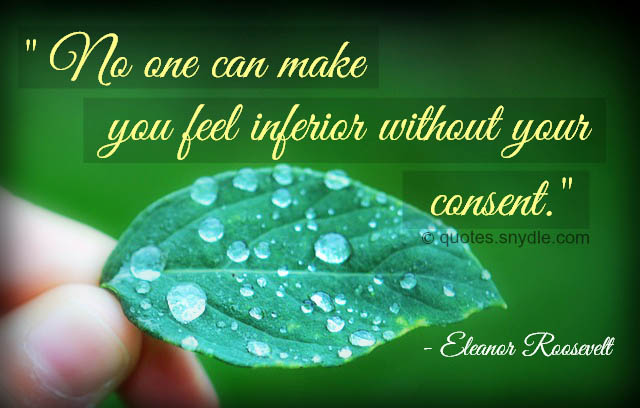 No one can make you feel inferior without your consent.
― Eleanor Roosevelt 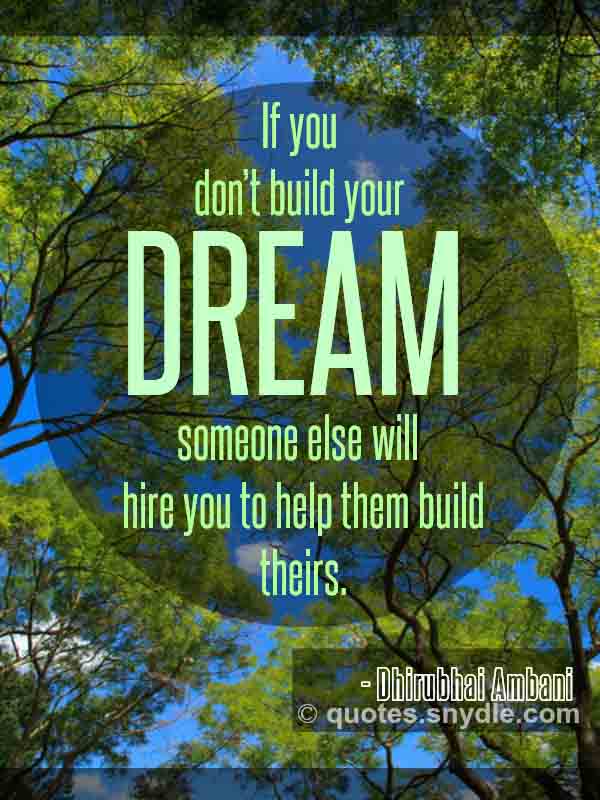 If you don’t build your dream, someone else will hire you to help them build theirs.
― Dhirubhai Ambani 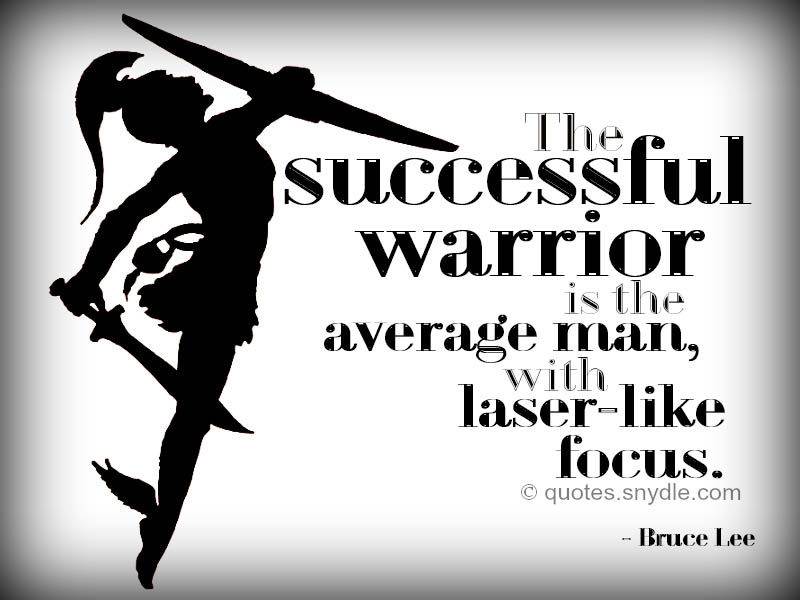 The successful warrior is the average man, with laser-like focus.
― Bruce Lee

Don’t let the fear of losing be greater than the excitement of winning.
― Robert Kiyosaki

You have to learn the rules of the game. And then you have to play better than anyone else.
― Albert Einstein

That seems to us as bitter trials are often blessings in disguise.
― Oscar Wilde

Twenty years from now you will be more disappointed by the things that you didn’t do than by the ones you did do.
― Mark Twain 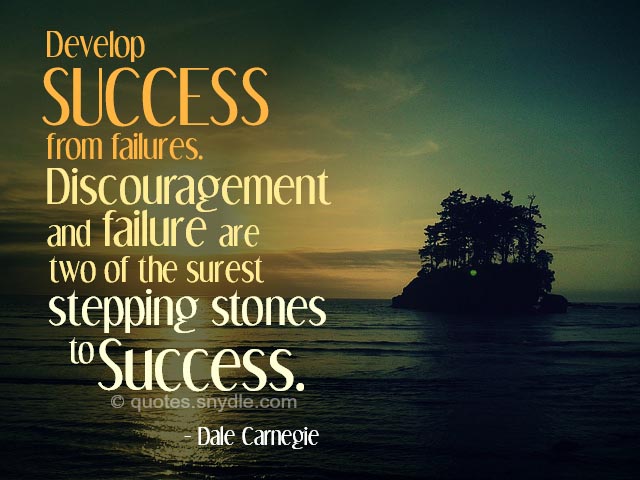 Develop success from failures. Discouragement and failure are two of the surest stepping stones to success.
― Dale Carnegie

If you genuinely want something, don’t wait for it – teach yourself to be impatient.
― Gurbaksh Chahal 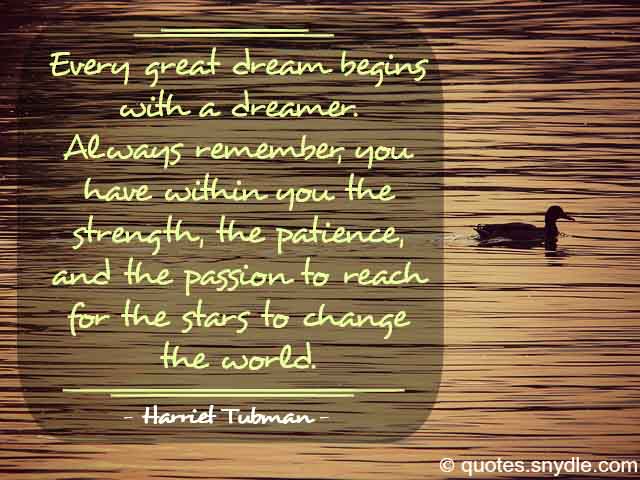 Every great dream begins with a dreamer. Always remember, you have within you the strength, the patience, and the passion to reach for the stars to change the world.
― Harriet Tubman

If you don’t design your own life plan, chances are you’ll fall into someone else’s plan. And guess what they have planned for you? Not much.
― Jim Rohn

The whole secret of a successful life is to find out what is one’s destiny to do, and then do it.
― Henry Ford 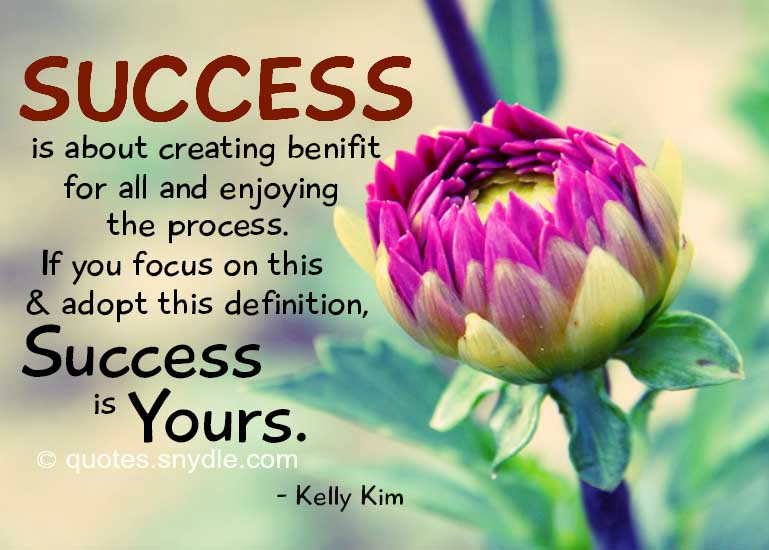 Success is about creating benefit for all and enjoying the process. If you focus on this and adopt this definition, success is yours.
― Kelly Kim

I used to want the words ‘She tried’ on my tombstone. Now I want ‘She did it.’”
― Katherine Dunham

Let him who would enjoy a good future waste none of his present.
― Roger Babson 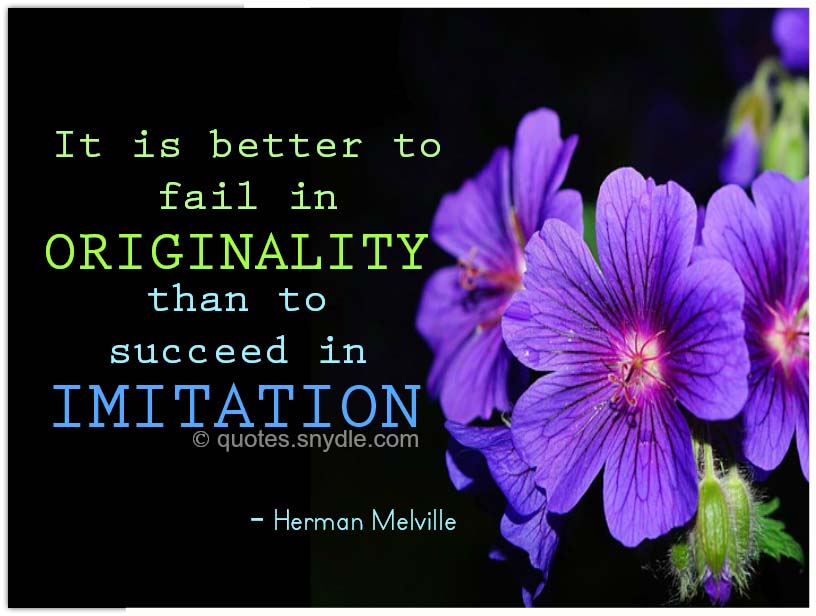 It is better to fail in originality than to succeed in imitation.
― Herman Melville

The road to success and the road to failure are almost exactly the same.
― Colin R. Davis 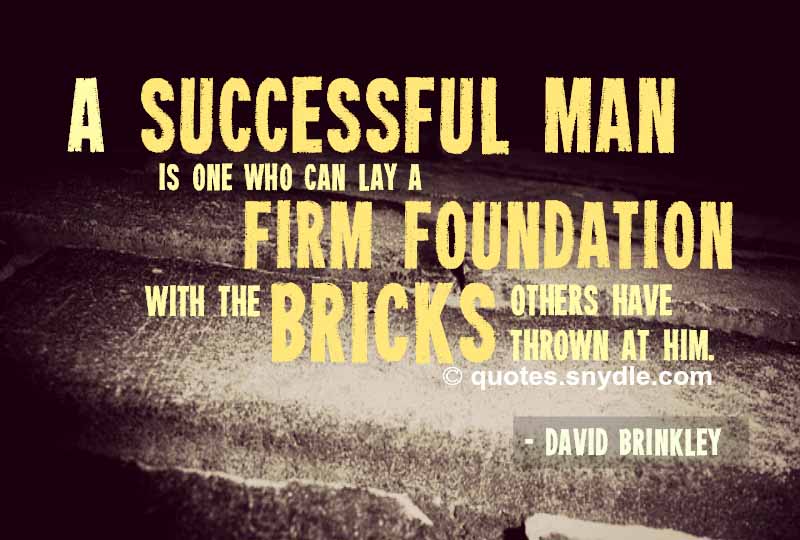 A successful man is one who can lay a firm foundation with the bricks others have thrown at him.
― David Brinkley

Because the people who are crazy enough to think they can change the world, are the ones who do.
― Steve Jobs

Take up one idea. Make that one idea your life – think of it, dream of it, live on that idea. Let the brain, muscles, nerves, every part of your body, be full of that idea, and just leave every other idea alone. This is the way to success.
― Swami Vivekananda

If at first you don’t succeed, try, try again. Then quit. No use being a damn fool about it.
― W.C. Fields

The worst part of success is trying to find someone who is happy for you.
― Bette Midler

If you want to achieve greatness stop asking for permission.
― Anonymous

The starting point of all achievement is desire.
― Napolean Hill

Success is the sum of small efforts, repeated day-in and day-out.
― Robert Collier

The first step toward success is taken when you refuse to be a captive of the environment in which you first find yourself.
― Mark Caine

Success is stumbling from failure to failure with no loss of enthusiasm.
― Winston Churchill

Whenever you find yourself on the side of the majority, it is time to pause and reflect.
― Mark Twain

It is our choices, that show what we truly are, far more than our abilities.
― J. K Rowling

You can’t connect the dots looking forward; you can only connect them looking backwards. So you have to trust that the dots will somehow connect in your future. You have to trust in something – your gut, destiny, life, karma, whatever. This approach has never let me down, and it has made all the difference in my life.
― Steve Jobs