Sarcasm is a play of words or remark which uses irony, bitter or cutting expressions to ridicule, mock, taunt or express disdain. While others claimed sarcasm to be a lower form of wit, it takes a certain level of social awareness and intelligence to fully grasp the contents of a sarcastic phrase. Commonly, sarcastic phrases are constructed in such a way that they lack finesse and an intelligent context suitable for reasoning, probably due to its nature, and therefore easily identified with crudeness, barbaric or lack of ethics. Nowadays, sarcasm has evolved along with society and is now used more openly, mostly as a form of dark humor. 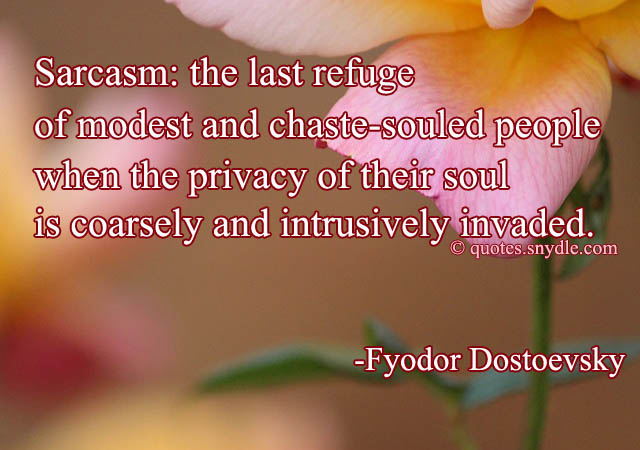 Sarcasm I now see to be, in general, the language of the devil; for which reason I have long since as good as renounced it.
— Thomas Carlyle 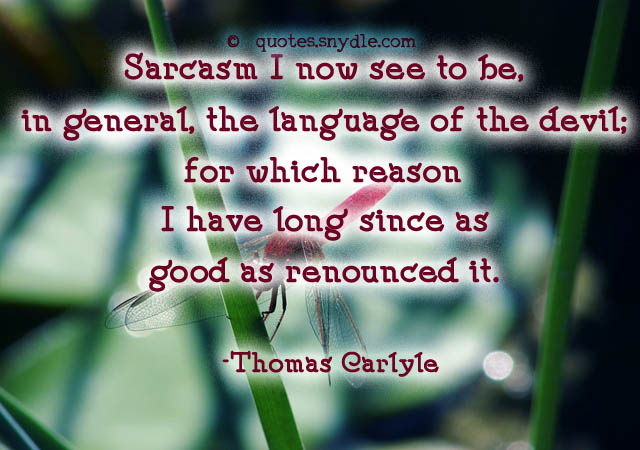 Sarcasm: the last refuge of modest and chaste-souled people when the privacy of their soul is coarsely and intrusively invaded.
— Fyodor Dostoevsky 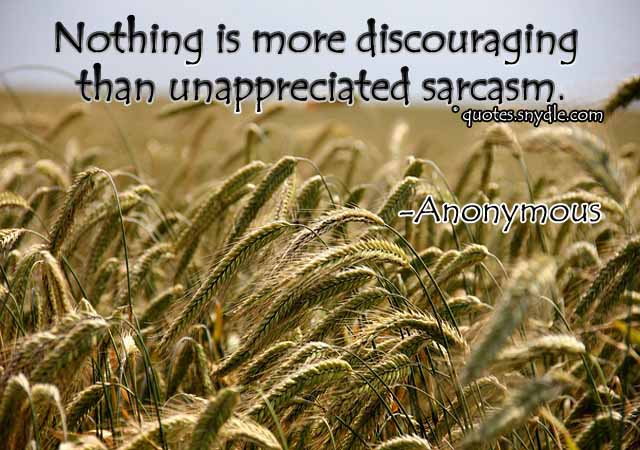 Nothing is more discouraging than unappreciated sarcasm.
— Anonymous 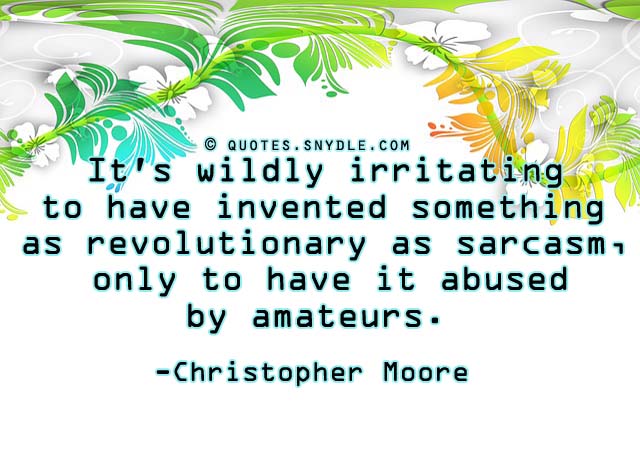 It’s wildly irritating to have invented something as revolutionary as sarcasm, only to have it abused by amateurs.
— Christopher Moore 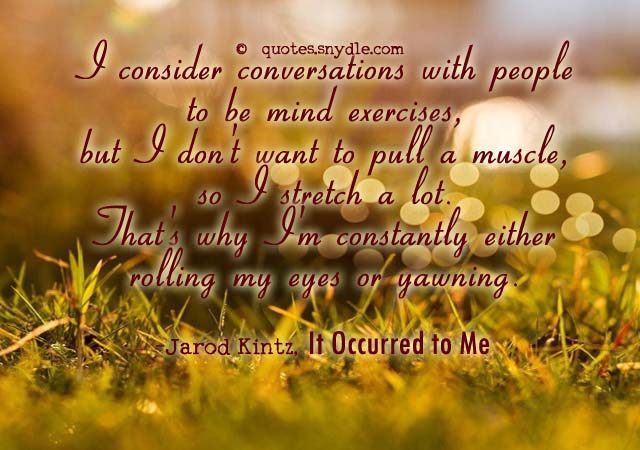 I consider conversations with people to be mind exercises, but I don’t want to pull a muscle, so I stretch a lot. That’s why I’m constantly either rolling my eyes or yawning.
— Jarod Kintz, It Occurred to Me 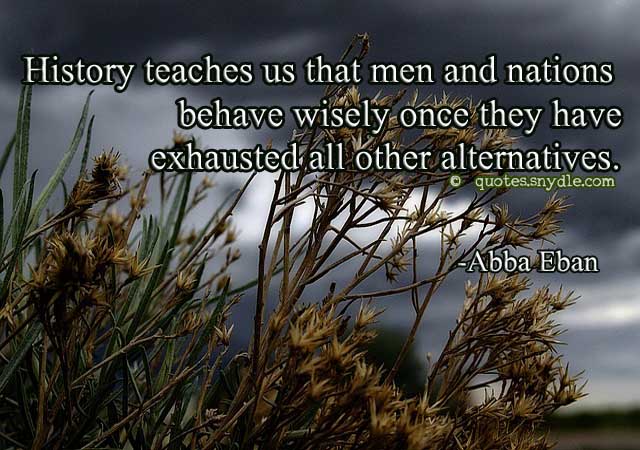 History teaches us that men and nations behave wisely once they have exhausted all other alternatives.
— Abba Eban 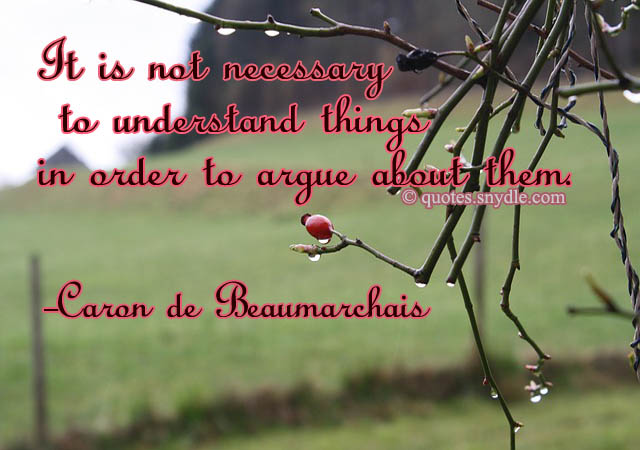 It is not necessary to understand things in order to argue about them.
— Caron de Beaumarchais 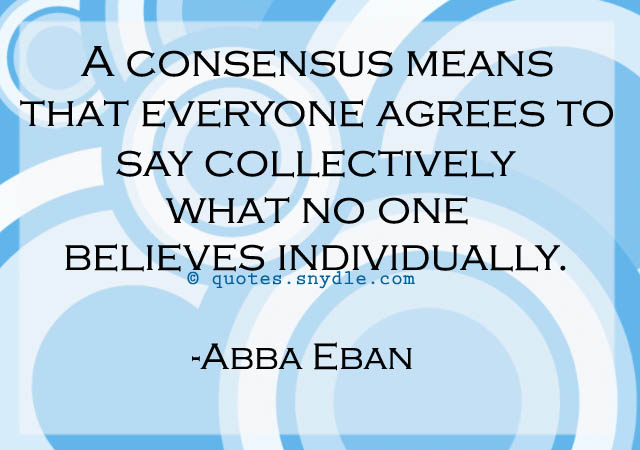 A consensus means that everyone agrees to say collectively what no one believes individually.
— Abba Eban 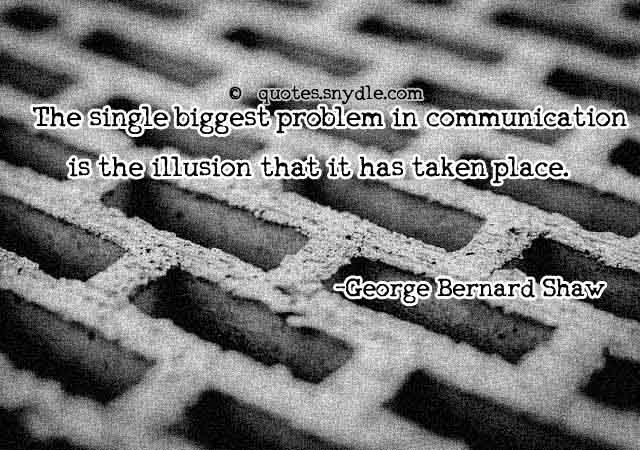 The single biggest problem in communication is the illusion that it has taken place.
— George Bernard Shaw 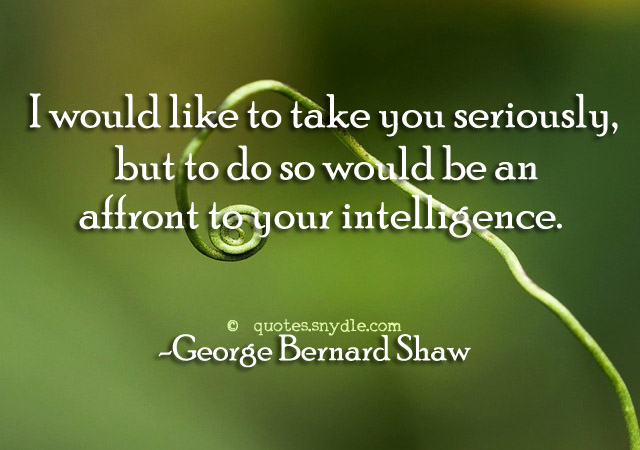 I would like to take you seriously, but to do so would be an affront to your intelligence.
— George Bernard Shaw 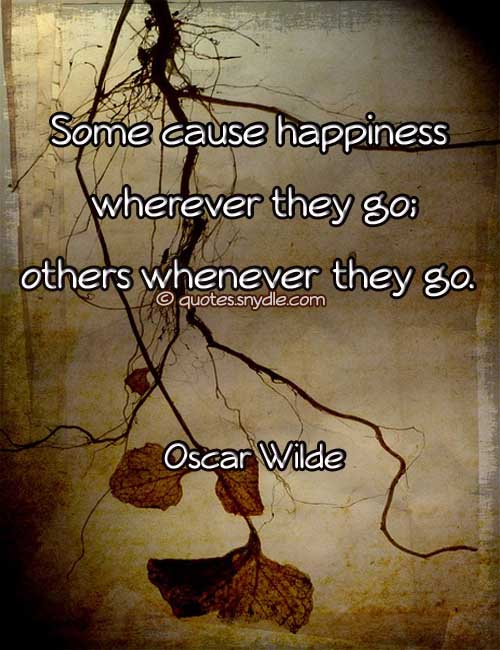 Some cause happiness wherever they go; others whenever they go.
— Oscar Wilde

Sometimes I need what only you can provide: your absence.
— Ashleigh Brilliant

If you find it hard to laugh at yourself, I would be happy to do it for you.
— Groucho Marx

I find television very educating. Every time somebody turns on the set, I go into the other room and read a book.
— Groucho Marx

I have never killed a man, but I have read many obituaries with great pleasure.
— Clarence Darrow

I believe in luck: how else can you explain the success of those you don’t like?
— Jean Cocteau 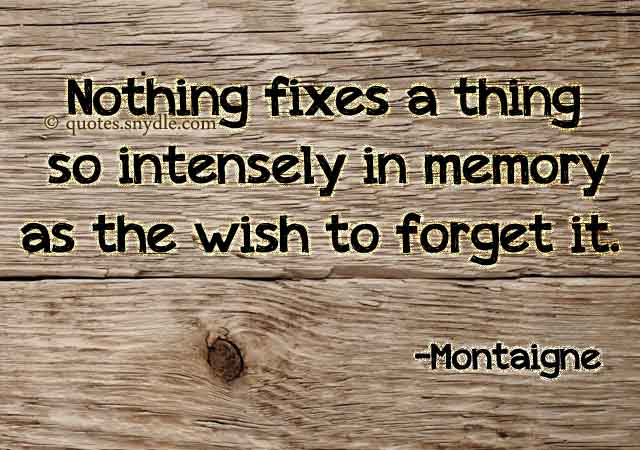 Nothing fixes a thing so intensely in memory as the wish to forget it.
— Montaigne

To err is human. To forgive for no good reason is plain stupid.
— Sarcasm Society

I don’t know if God exists, but it would be better for His reputation if He didn’t.
— Jules Renard

My opinions may have changed, but not the fact that I’m right.
— Ashleigh Brilliant

A true friend stabs you in the front.
— Oscar Wilde 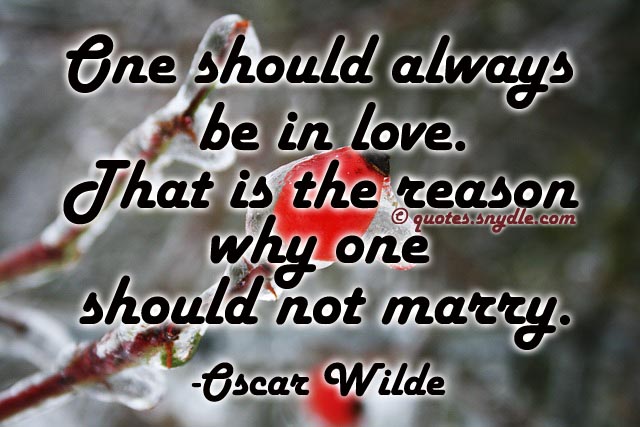 One should always be in love. That is the reason why one should not marry.
— Oscar Wilde

If you love someone set them free. If they come back, set them on fire.
— Unknown

Love is like a roller coaster, when it’s all over you throw up!
— Unknown

I feel so miserable without you, its almost like having you here.
— Unknown

He was happily married but his wife wasn’t.
— Unknown 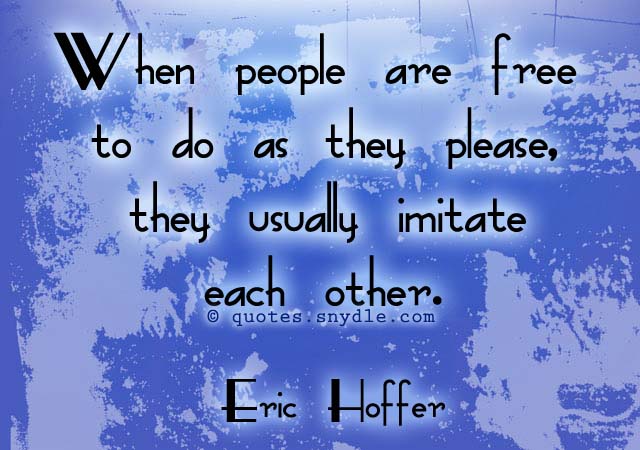 When people are free to do as they please, they usually imitate each other.
— Eric Hoffer 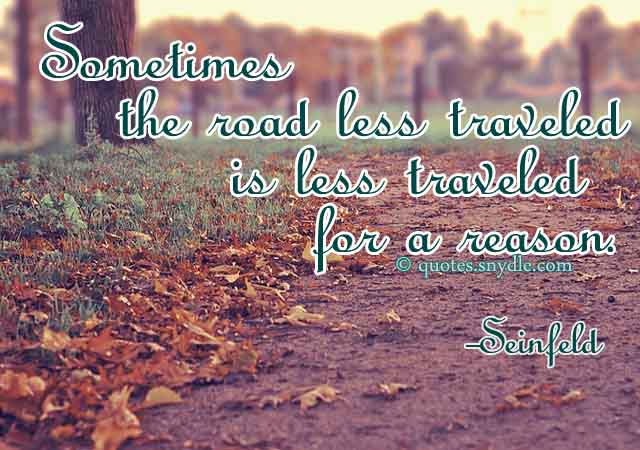 A good listener is usually thinking about something else.
— Kin Hubbard

Every time I look at you I get a fierce desire to be lonesome.
— Oscar Levant

As the poet said, ‘Only God can make a tree’ — probably because it’s so hard to figure out how to get the bark on.
— Woody Allen

I don’t know why we are here, but I’m pretty sure that it is not in order to enjoy ourselves.
— Ludwig Wittgenstein

Many wealthy people are little more than janitors of their possessions.
— Frank Lloyd Wright

I find it rather easy to portray a businessman. Being bland, rather cruel and incompetent comes naturally to me.
— John Cleese

A conclusion is the place where you get tired of thinking.
— Steven Wright

Everybody knows how to raise children, except the people who have them.
— P J ORourke