Respect; such a humble word that holds so much weight and meaning. A single person’s simple deed out of respect can outweigh a nation’s action out of greed. Without respect, humanity will be like a stack of paper scattered by the wind into a chaotic pile, therefore it have the power to uphold order, making a humane society out of humanity. With a little respect to the environment, the earth would be a greener place and with a little more respect for life, so much suffering will be lifted amongst us. Even in times of conflict, with respect nothing can’t be settled in a peaceful manner.

Listed below are interpretations and quotations about respect. 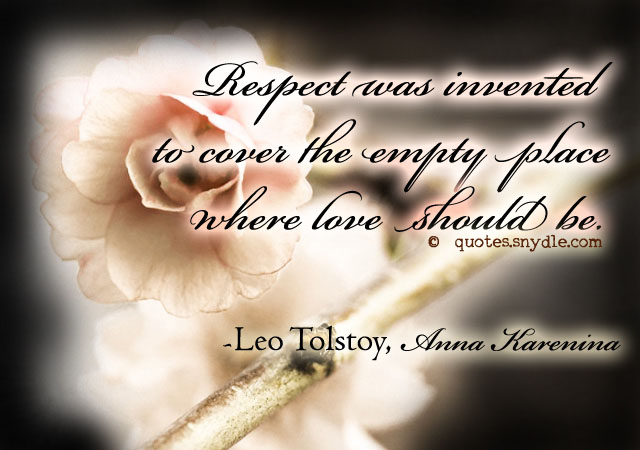 Respect was invented to cover the empty place where love should be.
— Leo Tolstoy, Anna Karenina 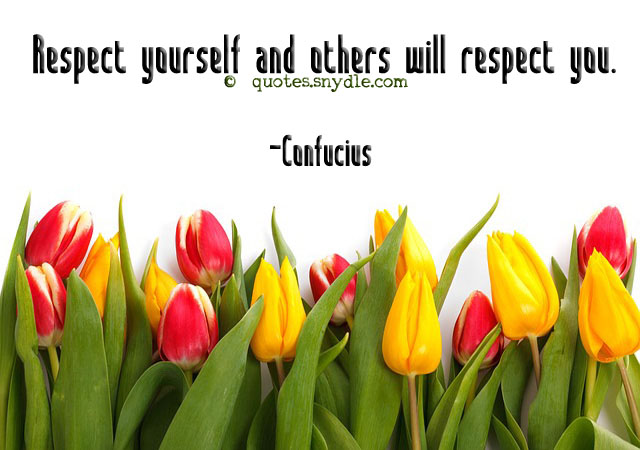 Respect yourself and others will respect you.
— Confucius, Sayings of Confucius 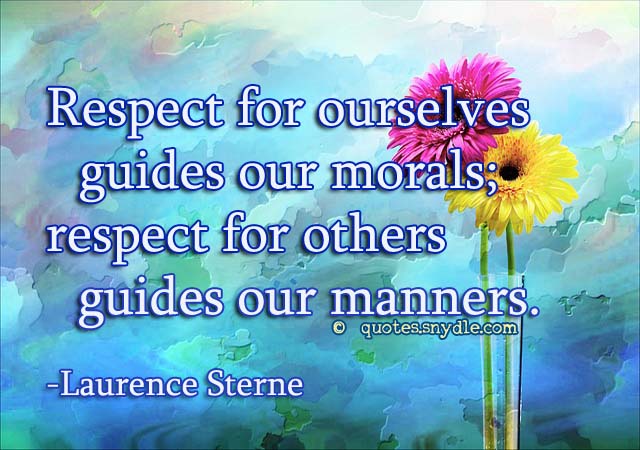 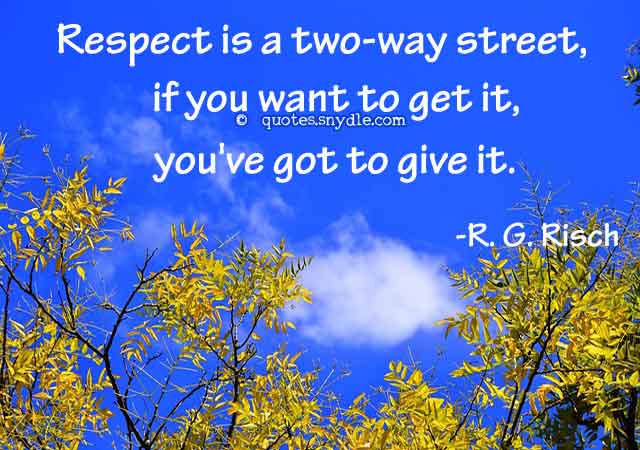 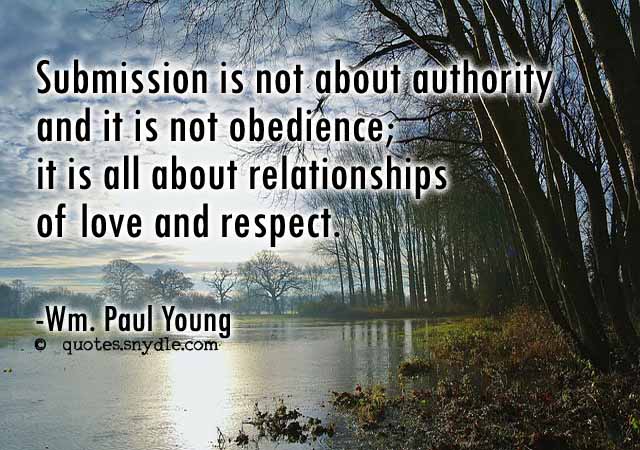 Submission is not about authority and it is not obedience; it is all about relationships of love and respect.
— Wm. Paul Young 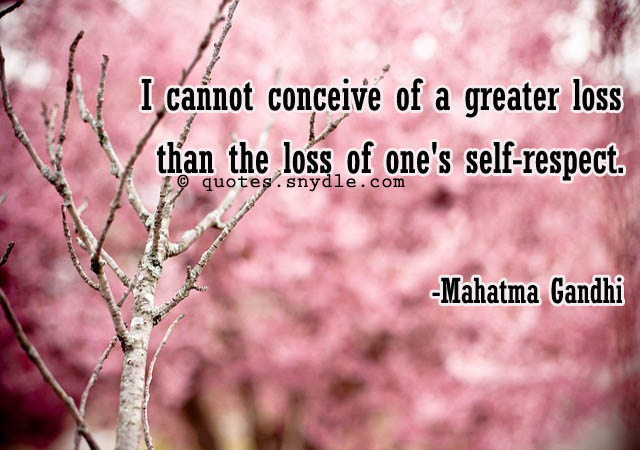 I cannot conceive of a greater loss than the loss of one’s self-respect.
— Mahatma Gandhi 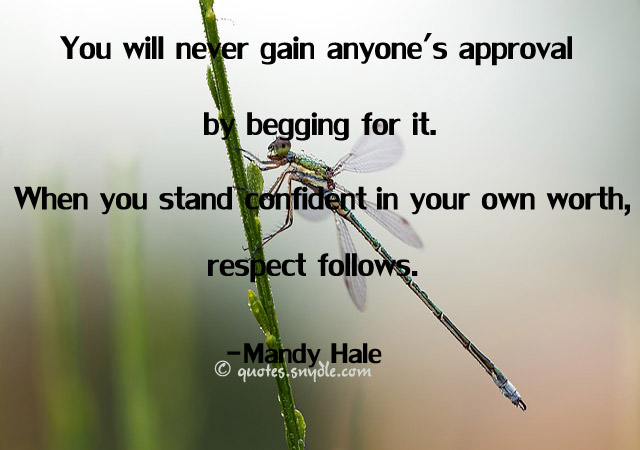 You will never gain anyone’s approval by begging for it. When you stand confident in your own worth, respect follows.
— Mandy Hale 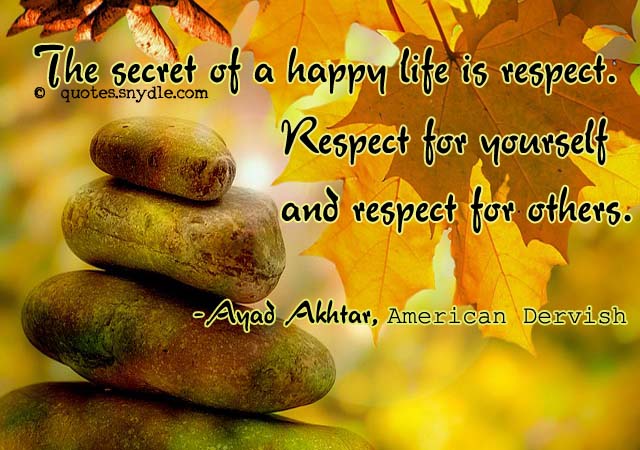 The secret of a happy life is respect. Respect for yourself and respect for others.
— Ayad Akhtar, American Dervish 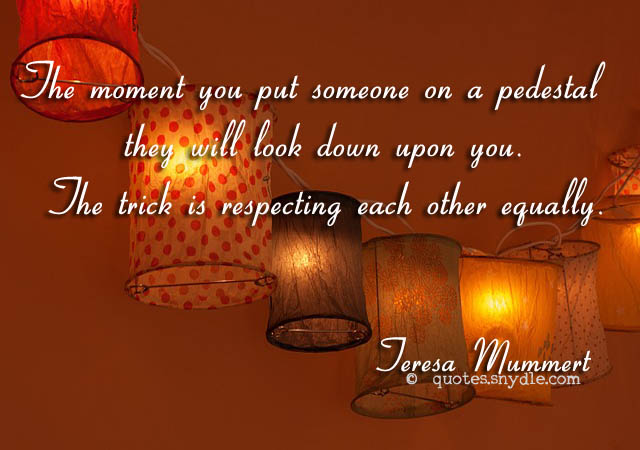 The moment you put someone on a pedestal they will look down upon you. The trick is respecting each other equally.
— Teresa Mummert 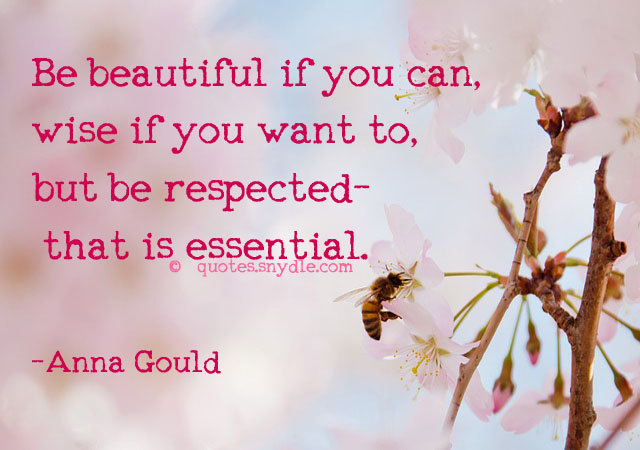 Be beautiful if you can, wise if you want to, but be respected – that is essential.
— Anna Gould

QUOTES ABOUT LOYALTY and RESPECT 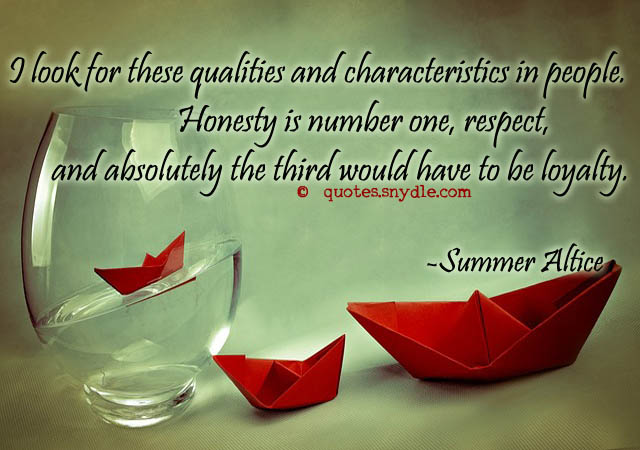 I look for these qualities and characteristics in people. Honesty is number one, respect, and absolutely the third would have to be loyalty.
— Summer Altice

Friendship- my definition- is built on two things. Respect and trust. Both elements have to be there. And it has to be mutual. You can have respect for someone, but if you don’t have trust, the friendship will crumble.
— Stieg Larsson, The Girl with the Dragon Tattoo

And I can fight only for something that I love, love only what I respect, and respect only what I at least know.
— Adolf Hitler

If you spend your life sparing people’s feelings and feeding their vanity, you get so you can’t distinguish what should be respected in them.
— F. Scott Fitzgerald

Perhaps the surest test of an individual’s integrity is his refusal to do or say anything that would damage his self-respect.
–Thomas S. Monson

QUOTES ABOUT RESPECT FOR KIDS 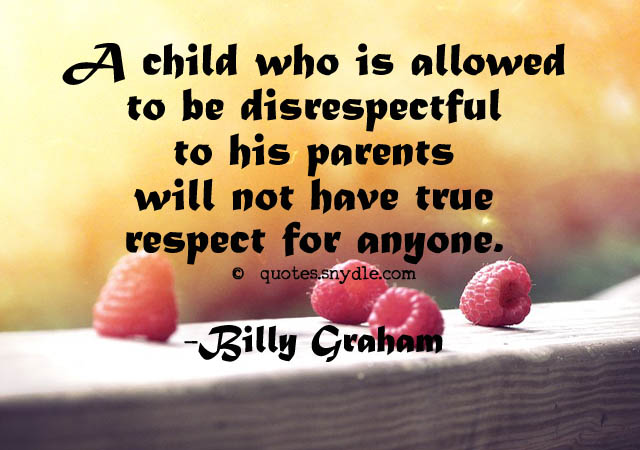 A child who is allowed to be disrespectful to his parents will not have true respect for anyone.
— Billy Graham 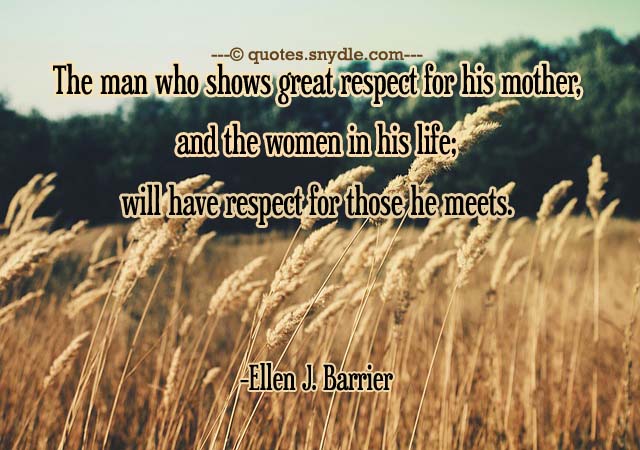 The man who shows great respect for his mother, and the women in his life; will have respect for those he meets.
— Ellen J. Barrier

It’s not so much the journey that’s important; as is the way that we treat those we encounter and those around us, along the way
— Jeremy Aldana

Every human being, of whatever origin, of whatever station, deserves respect. We must each respect others even as we respect ourselves.
— U. Thant

Never judge someone by the way he looks or a book by the way it’s covered; for inside those tattered pages, there’s a lot to be discovered.
— Stephen Cosgrove

I firmly believe that respect is a lot more important, and a lot greater, than popularity.
— Julius Erving

When you are content to be simply yourself and don’t compare or compete, everybody will respect you.
— Lao Tzu

There is always the danger that we may just do the work for the sake of the work. This is where the respect and the love and the devotion come in – that we do it to God, to Christ, and that’s why we try to do it as beautifully as possible.
— Mother Teresa

QUOTES ABOUT RESPECT FOR OTHERS 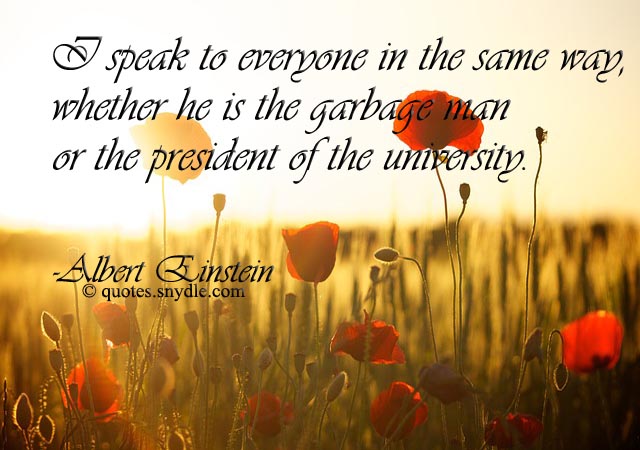 I speak to everyone in the same way, whether he is the garbage man or the president of the university.
— Albert Einstein 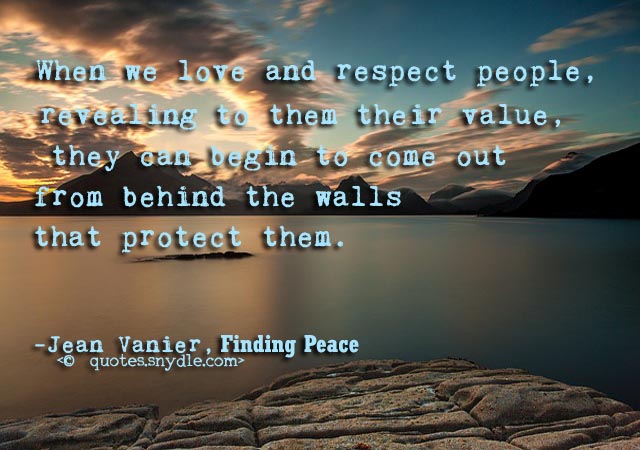 When we love and respect people, revealing to them their value, they can begin to come out from behind the walls that protect them.
— Jean Vanier, Finding Peace

How would your life be different if…You stopped making negative judgmental assumptions about people you encounter? Let today be the day…You look for the good in everyone you meet and respect their journey.
— Steve Maraboli, Life, the Truth, and Being Free

We cannot expect people to have respect for law and order until we teach respect to those we have entrusted to enforce those laws.
— Hunter S. Thompson

It may be important to great thinkers to examine the world, to explain and despise it. But I think it is only important to love the world, not to despise it, not for us to hate each other, but to be able to regard the world and ourselves and all beings with love, admiration and respect.
— Hermann Hesse, Siddhartha