Money is a medium of exchange with an assigned value. It can be in any form such as a metal coin or paper.

We pay for almost everything that keeps us alive, and dying is of no exception, the cost of living nowadays is too high. Earning money is very hard, some people have no regards in spending that they end up broke, while others are smart enough to save for the future. Meanwhile, the allure of having alot of money is hard to resist that there are some who succumb to it and became greedy, always wanting, never having enough. Money is important but we should realize that it is not everything. The key to having enough is not how much we earn but how we manage our finances. 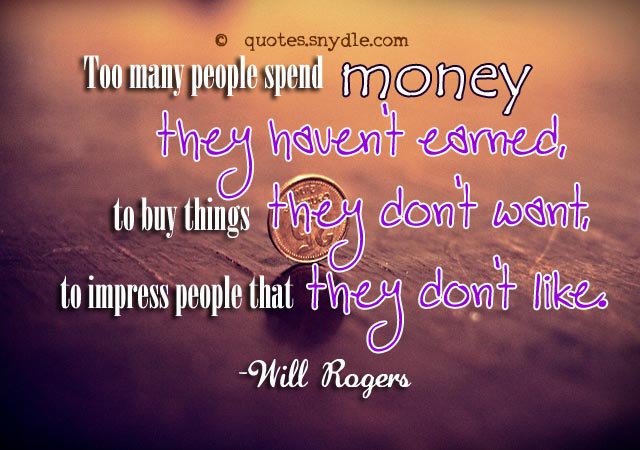 Too many people spend money they haven’t earned, to buy things they don’t want, to impress people that they don’t like.
— Will Rogers 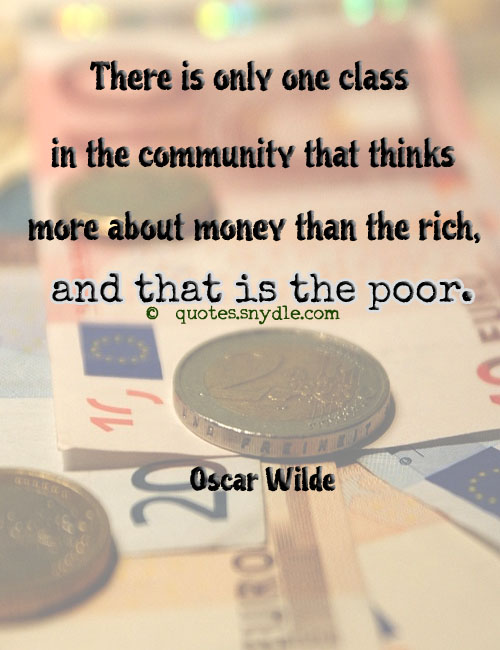 There is only one class in the community that thinks more about money than the rich, and that is the poor.
— Oscar Wilde 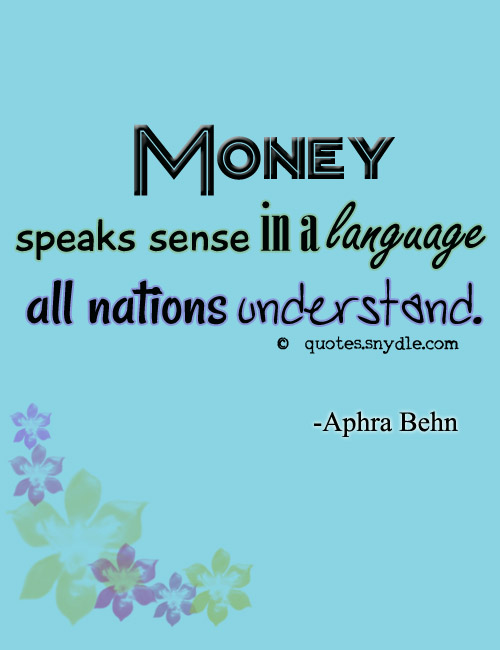 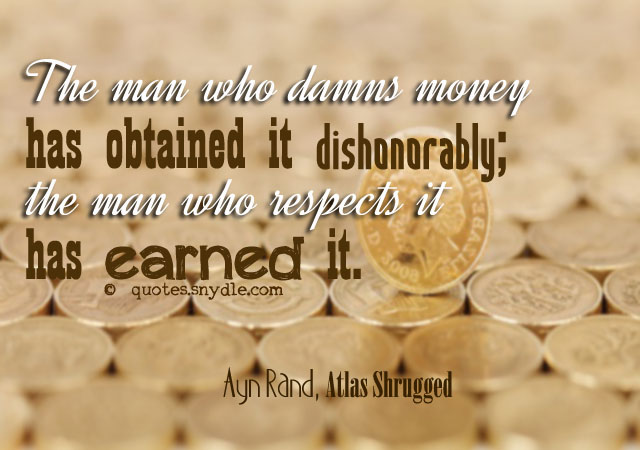 The man who damns money has obtained it dishonorably; the man who respects it has earned it.
— Ayn Rand, Atlas Shrugged 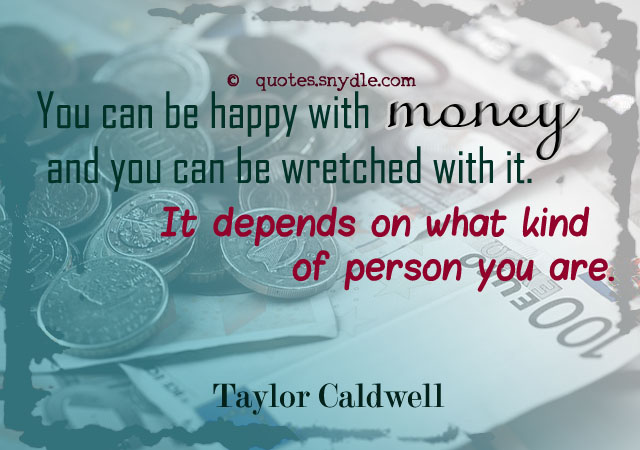 You can be happy with money and you can be wretched with it. It depends on what kind of person you are.
— A Prologue to Love (Taylor Caldwell) 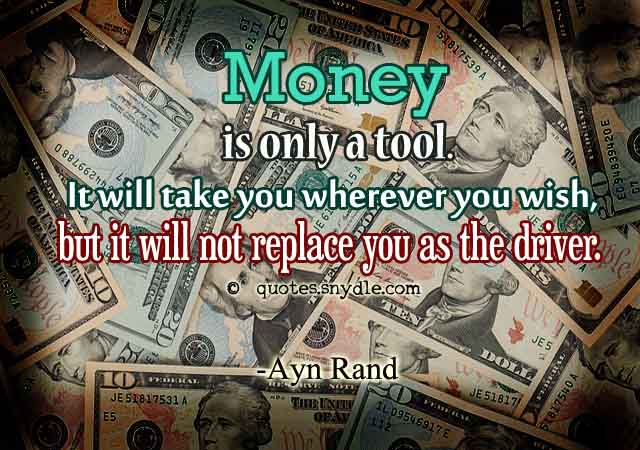 Money is only a tool. It will take you wherever you wish, but it will not replace you as the driver.
— Ayn Rand 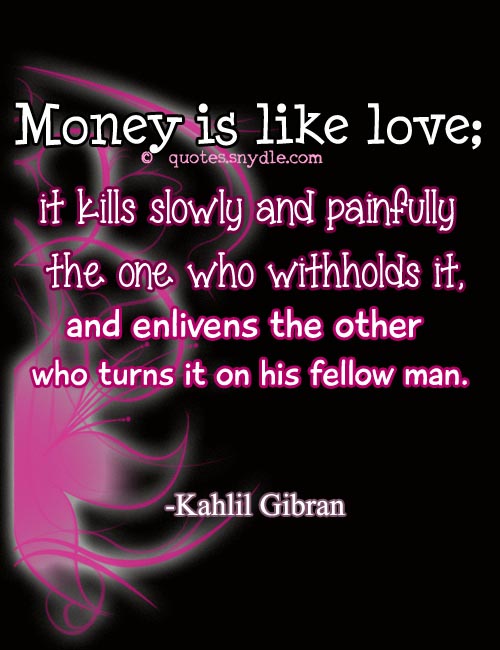 Money is like love; it kills slowly and painfully the one who withholds it, and enlivens the other who turns it on his fellow man.
— Kahlil Gibran 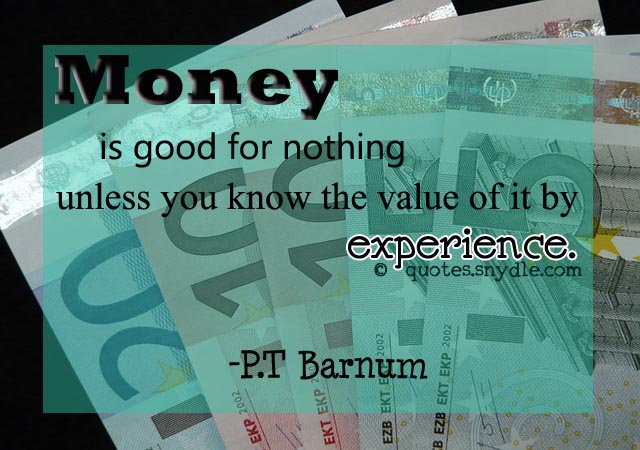 Money is good for nothing unless you know the value of it by experience.
— P.T Barnum 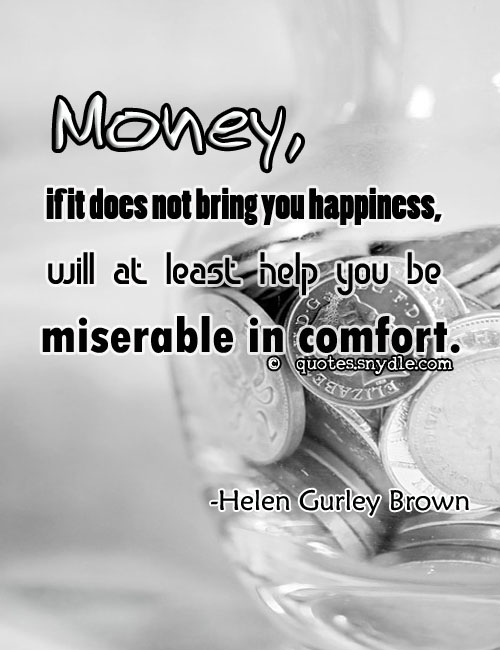 Money, if it does not bring you happiness, will at least help you be miserable in comfort.
— Helen Gurley Brown 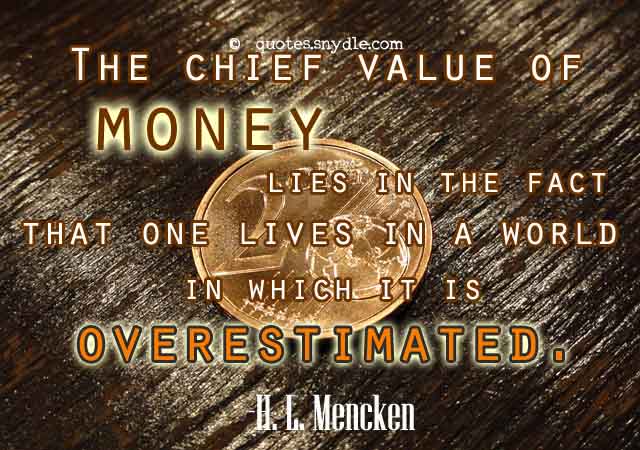 The chief value of money lies in the fact that one lives in a world in which it is overestimated.
— H. L. Mencken 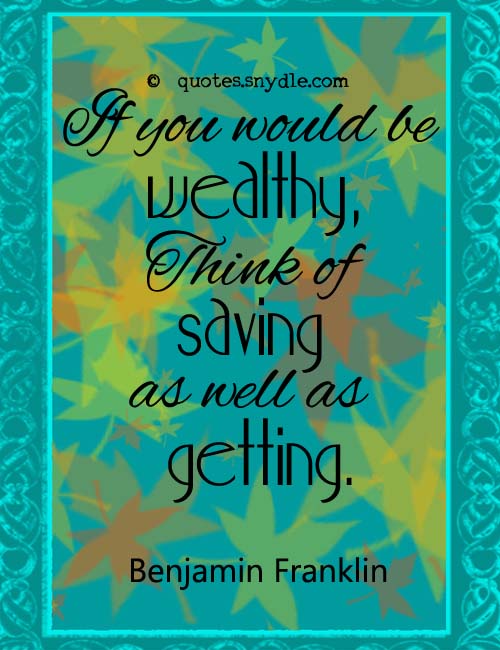 If you would be wealthy, think of saving as well as getting.
— Ben Franklin 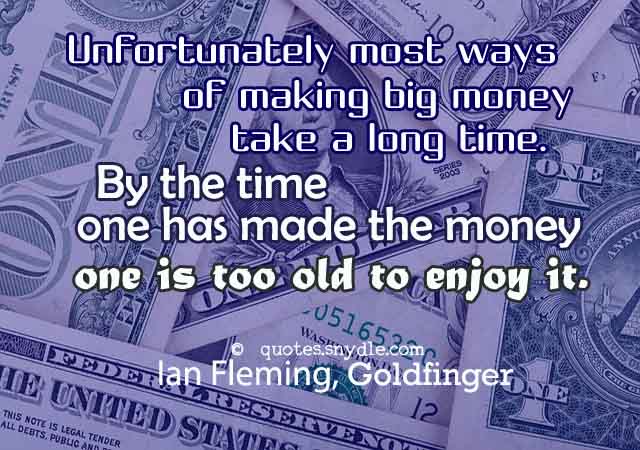 Unfortunately most ways of making big money take a long time. By the time one has made the money one is too old to enjoy it.
— Ian Fleming, Goldfinger

A man wants to earn money in order to be happy, and his whole effort and the best of a life are devoted to the earning of that money. Happiness is forgotten; the means are taken for the end.”
— Albert Camus, The Myth of Sisyphus and Other Essays

Many people take no care of their money till they come nearly to the end of it, and others do just the same with their time.
— Johann Wolfgang von Goethe

A penny saved is a penny earned.
— Benjamin Franklin

The art is not in making money, but in keeping it.
— Proverb 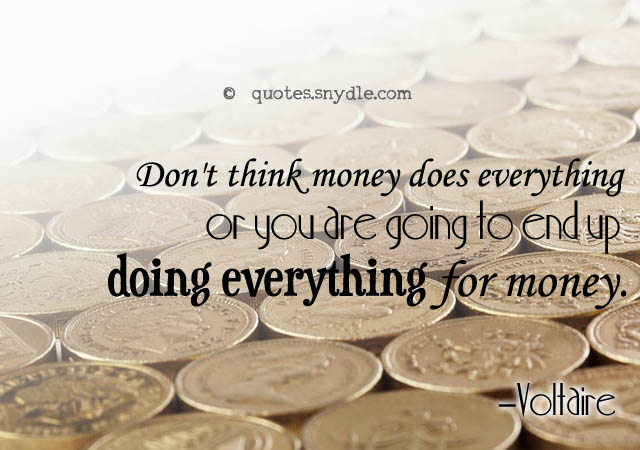 Don’t think money does everything or you are going to end up doing everything for money.
— Voltaire 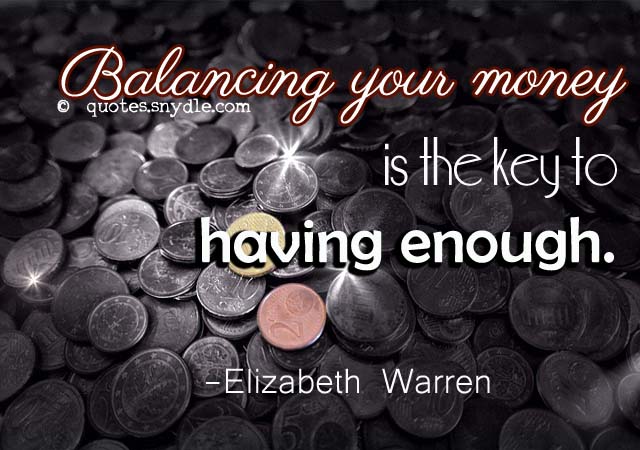 Balancing your money is the key to having enough.
— Elizabeth Warren

You’d be surprised what people will do for money that they wouldn’t do for
love.
— Rachel Caine, Bite Club

When a fellow says it ain’t the money but the principle of the thing, it’s the money.
— Artemus Ward

If you want to know what a man is really like, take notice of how he acts when he loses money.
— Simone Weil

Money will come when you are doing the right thing.
— Mike Phillips

If you wish to get rich, save what you get. A fool can earn money; but it takes a wise man to save and dispose of it to his own advantage.
— Brigham Young

Remember, buying something is not the problem. The problem comes when we believe, for that moment, that the object we’re buying is going to make us happy.
— Celso Cukierkorn

Every time you borrow money, you’re robbing your future self.
— Nathan W. Morris

Money, like emotions, is something you must control to keep your life on the right track.
— Natasha Munson

Man is smart – If money would have grown on trees, we would have used green leaves as money.
— Amit Kalantri