Betrayal equals losing your trust and having your heart broken. We all know that being betrayed is one of the most debilitating thing that could ever happen to anyone, especially if it is done by someone dear to us, be it a friend or a loved-one. When you are betrayed, all the trust you had for that person is gone, you become less confident, afraid, constantly asking yourself what you’ve done wrong to deserve such an awful thing. Being miserable is a part of it and trusting again becomes very hard. The only thing that’s left to do is to totally cut that person out of your life, move on and make sure that the next person whom you’ll put your trust into will never do the same.

Listed below are quotes about betrayal that might help if you are in the same situation. 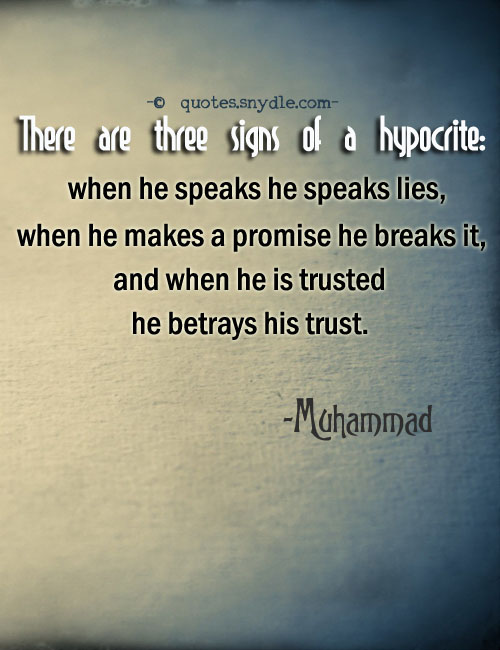 There are three signs of a hypocrite: when he speaks he speaks lies, when he makes a promise he breaks it, and when he is trusted he betrays his trust.
— Muhammad 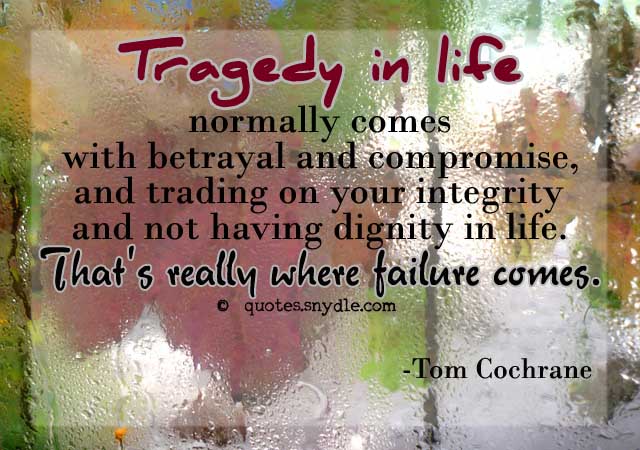 Tragedy in life normally comes with betrayal and compromise, and trading on your integrity and not having dignity in life. That’s really where failure comes.
— Tom Cochrane 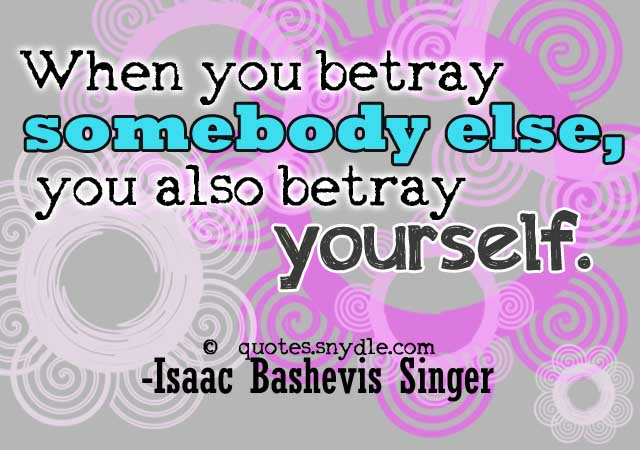 When you betray somebody else, you also betray yourself.
— Isaac Bashevis Singer 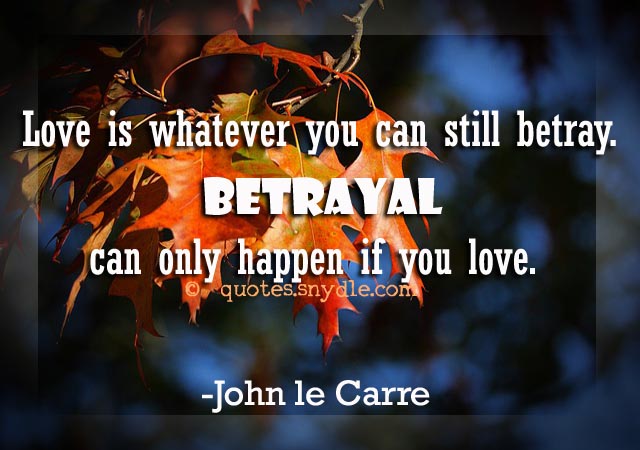 Love is whatever you can still betray. Betrayal can only happen if you love.
— John le Carre 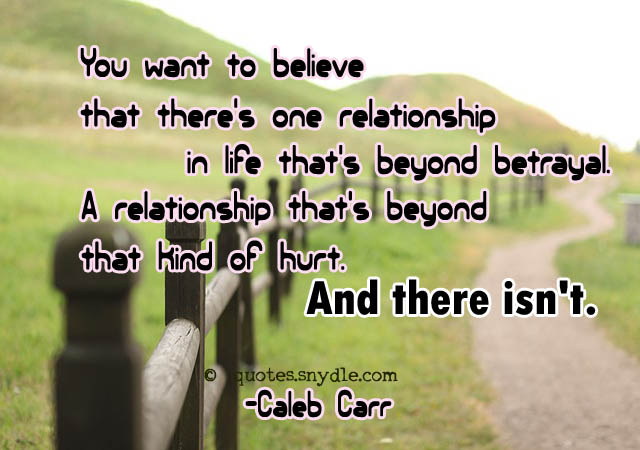 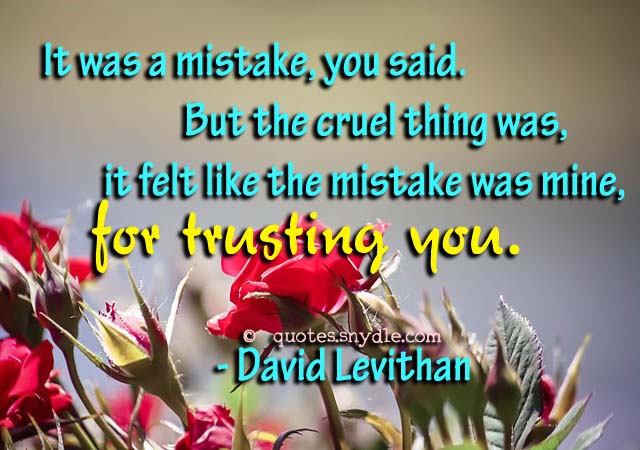 It was a mistake, you said. But the cruel thing was, it felt like the mistake was mine, for trusting you.
— David Levithan 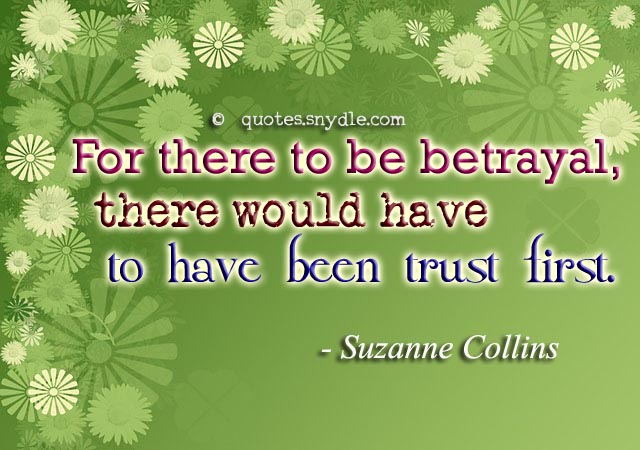 For there to be betrayal, there would have to have been trust first.
— Suzanne Collins 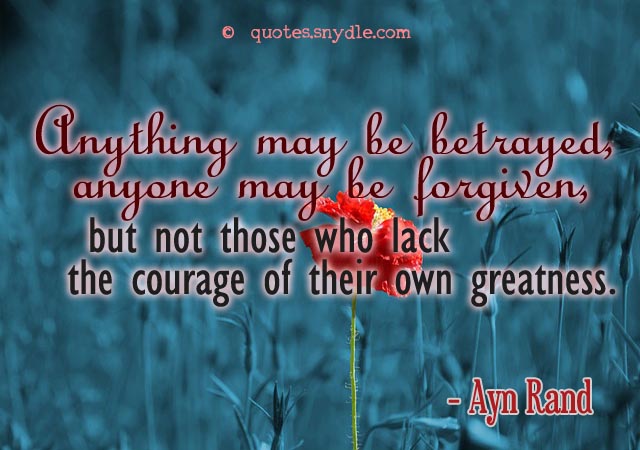 Anything may be betrayed, anyone may be forgiven, but not those who lack the courage of their own greatness
— Ayn Rand 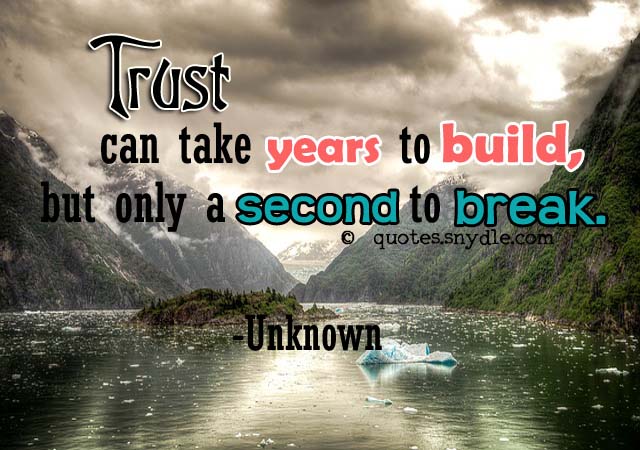 Betrayal is the only truth that sticks.
— Arthur Miller 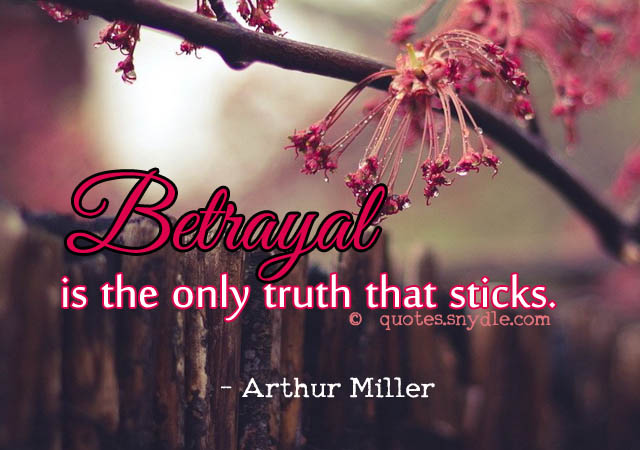 Trust can take years to build, but only a second to break.
— Unknown 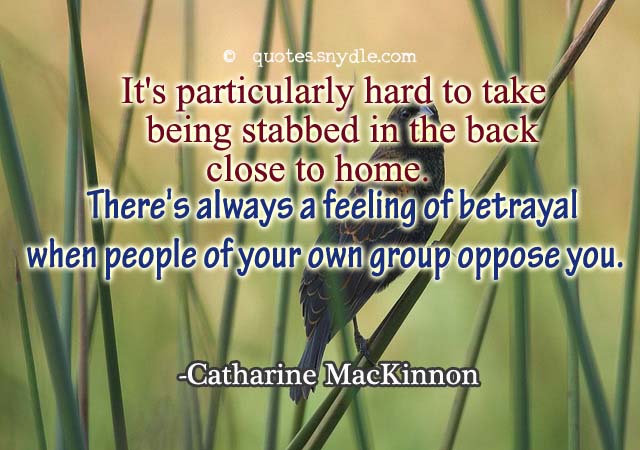 It’s particularly hard to take being stabbed in the back close to home. There’s always a feeling of betrayal when people of your own group oppose you.
— Catharine MacKinnon

The most powerful ties are the ones to the people who gave us birth it hardly seems to matter how many years have passed, how many betrayals there may have been, how much misery in the family: We remain connected, even against our wills.
— Anthony Brandt

Sometimes blood isn’t thicker than water and family will cross you quicker than strangers.
— Unknown

Love is understood, in a historical way, as one of the great human vocations – but its counterspell has always been infidelity. This terrible, terrible betrayal that can tear apart not only another person, not only oneself, but whole families.
— Junot Diaz 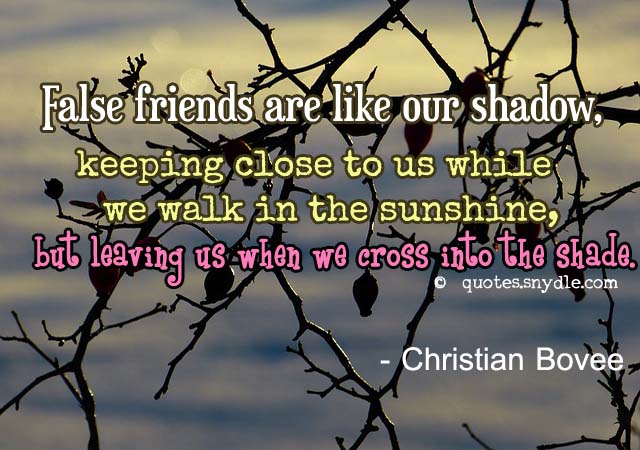 False friends are like our shadow, keeping close to us while we walk in the sunshine, but leaving us when we cross into the shade.
— Christian Bovee 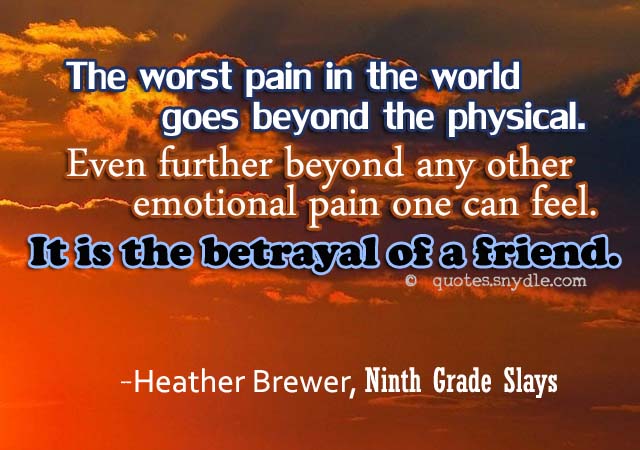 The worst pain in the world goes beyond the physical. Even further beyond any other emotional pain one can feel. It is the betrayal of a friend.
— Heather Brewer, Ninth Grade Slays

Better to have an enemy who slaps you in the face than a friend who stabs you in the back.
— Unknown

To be deceived by our enemies or betrayed by our friends in insupportable; yet by ourselves we are often content to be so treated.
— Duc de La Rochefoucauld

It is more shameful to distrust our friends than to be deceived by them.
— Confucius

Sometimes we expect more from others, because we’d be willing to do much more for them; and as we grow older we don’t lose friends, we just learn who the real ones are.
— Unknown

It’s hard to tell who has your back from who has it long enough just to stab you in it….
— Nicole Richie 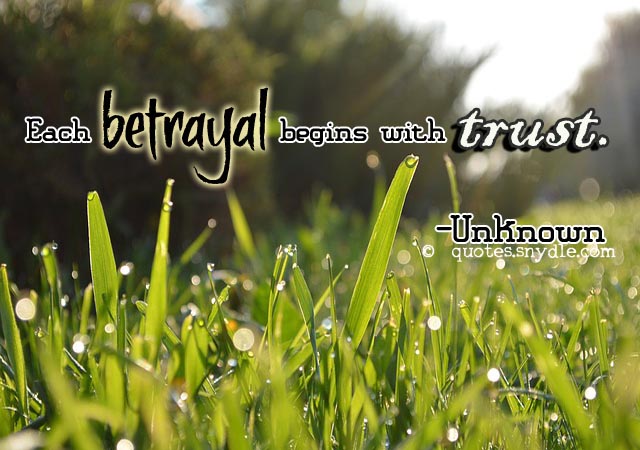 Each betrayal begins with trust.
— Unknown 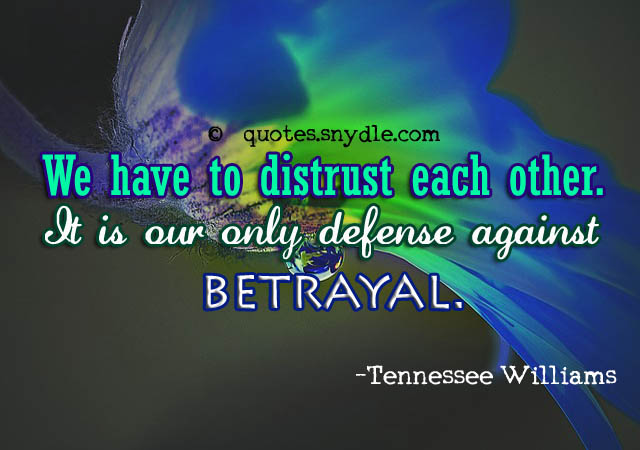 We have to distrust each other. It is our only defense against Betrayal.
— Tennessee Williams

The day you betrayed my trust was the day that I lost all my trust for you. I believed that you would take care of my heart and that’s why I left it with you. Well, I am taking it back because at this very moment I can’t trust you with my heart in fear that you will hurt me once more.
— Unknown

It breaks my heart; it makes me sad to think of all the times we had. You made me laugh and you made me cry. And all that I can do is sigh and wonder why.
— Unknown

Tragedy in life normally comes with betrayal and compromise, and trading on your integrity and not having dignity in life. That’s really where failure comes.
— Tom Cochrane

Naturally, when one makes progressive steps, there may be some who see it as a betrayal of their goals and interests.
— Louis Farrakhan

Anyone who hasn’t experienced the ecstasy of betrayal knows nothing about ecstasy at all.
— Jean Genet